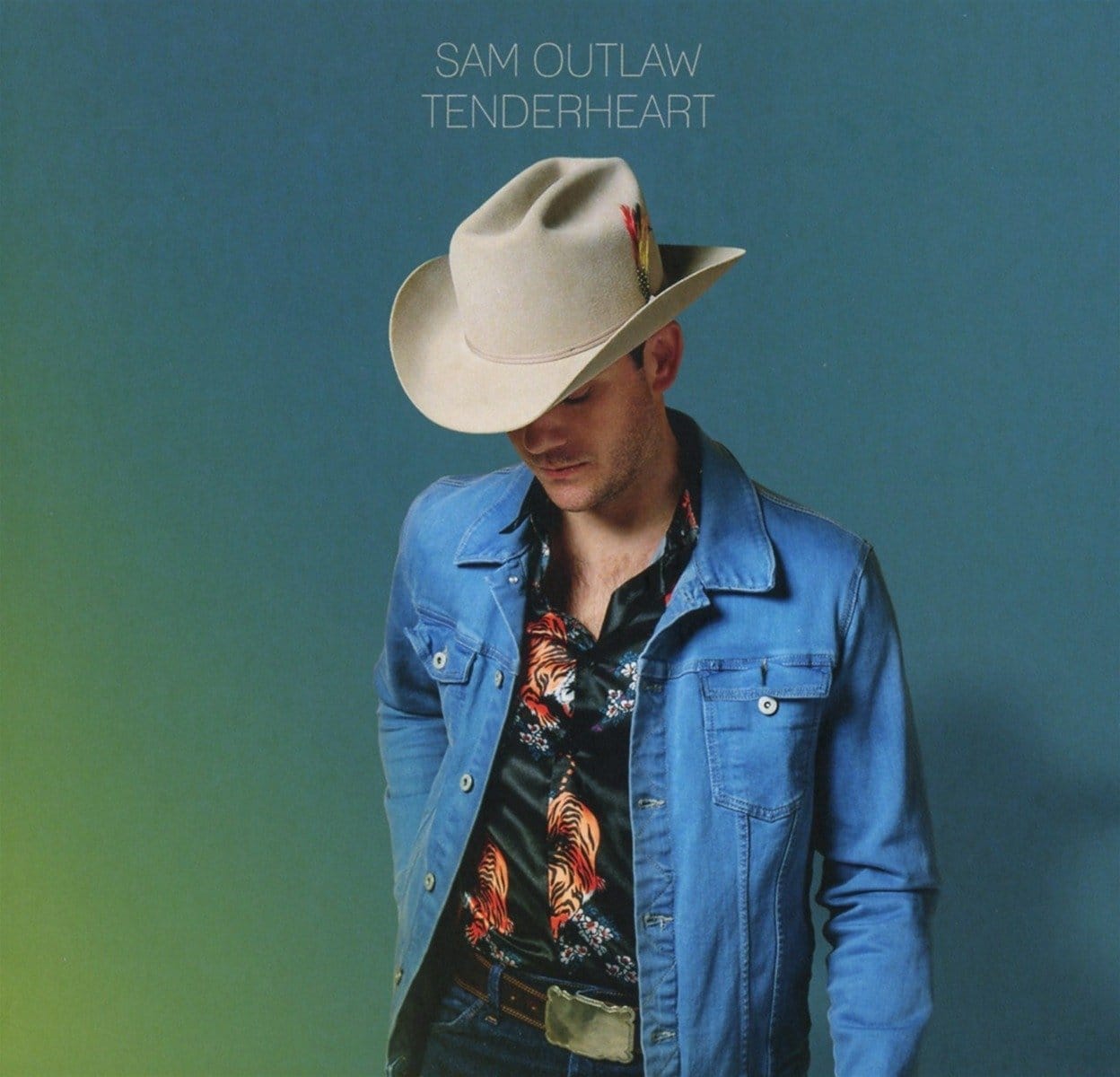 It never hurts to have friends in high places, especially when recording your debut. California singer/songwriter Sam Outlaw scored a major advantage when guitarist Ry Cooder and his percussion playing son Joachim co-produced and played on 2015’s Angeleno. While that release wasn’t a huge hit, it did give Outlaw much needed visibility and a modicum of recognition he might not have gotten in a field crowded with talented newcomers. Neither of the Cooder clan appears—or are even mentioned in the credits– for the follow-up, which may ultimately better showcase Outlaw’s talents.

As if to show that Outlaw and new co-producer Martin Pradler are up to the task, opening ballad “Everyone’s Looking for Home,” which starts out with sparse instrumentation, is unexpectedly enhanced with swirling brass and strings, both of which disappear as suddenly as they arrived. That gives way to another dozen, mostly sorrowful So-Cal country weepers, as implied by the album’s title, like “She’s Playing Hard to Get (Rid Of),” the bittersweet, Latin infused “Now She Tells Me,” and “Two Broken Hearts.”

Outlaw’s soft, easy on the ears voice perfectly frames this material, even if you wish it was a bit more distinctive and sounded emotionally connected to the romantically oriented original tunes. The brushed drums, reverbed guitar, and lilting pedal steel accompaniment of the sorrowful “Bottomless Mimosas” won’t be compared with “Tequila Sunrise” anytime soon, even if it does throw in a “peaceful easy feeling” lyric to further the Eagles connection.

The set could also do with a few more modest rockers such as the swampy Creedence groove of “Trouble” and less of the by the numbers radio ready country of “Say it to Me.” And as much as the jumpy honky tonk of “All My Life” is a nice changeup, it’s not going anywhere we haven’t been before, even with its mid-song tempo change.

Despite his rugged surname, Outlaw’s relaxed music remains likeable in its low-key, Cali integrity. He never tries to do more than his boyish voice can handle, and when he nails a slow, sexy vibe on the tear stained “Diamond Ring,” gradually building the song’s tension against a gutsy, twangy guitar and understated pedal steel, it’s tough for roots country fans not to go with the flow. Outlaw’s troubadour leanings deliver Tenderheart‘s title track with a “Country Comfort” flair you’ll return to after the album is over.

It’s hard to follow any Ry Cooder assisted act, but Outlaw coalesces around his own, more intimate sound. We can always use an honest, unpretentious Sunday morning album to enhance the usually easygoing mood, and for those moments Sam Outlaw’s unassumingly enjoyable Tenderheart hits the mark.