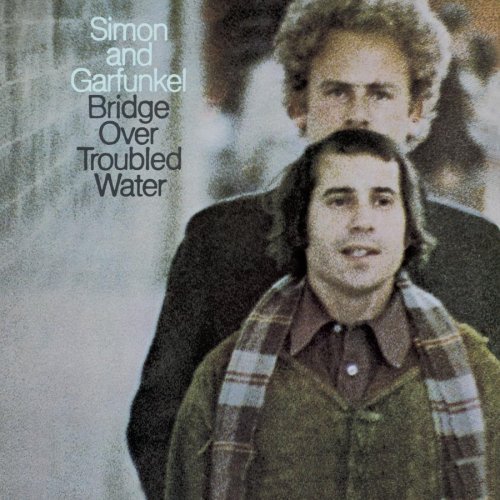 While some contend that Simon and Garfunkel’s 1968 release Bookends was the duo’s creative highpoint, the pair were never more popular or commercially successful than they were with the release of Bridge Over Troubled Water in 1970. Bridge held the top of the charts for ten weeks, won six Grammys including Album of the Year, had four hit singles, and has sold more than 25 million copies world-wide.

While some criticisms found a song like “Baby Driver” to be only cute or the inclusion of the duo’s live cut of the Everly Brothers’ “Bye Bye Love” to be filler, the past four decades afford a clearer perspective. “Baby Driver” is a definitive example of a type of groove-driven pop song that appears often in Simon’s subsequent solo work, and one can see a clear through-line from “Baby’” to “Me and Julio Down by the Schoolyard” to “Diamonds On the Soles of Her Shoes”. The inclusion of “Bye Bye Love” speaks to the duo’s musical origins as schoolboy-musicians who idolized the Everlys. The song serves as an announcement that this record would be their last – a fond farewell to beginnings upon reaching an end.

Despite such nitpicking, few would argue that an album that includes “Cecilia”, “Keep the Customer Satisfied”, “The Only Living Boy in New York” and “The Boxer” is anything but great. Columbia/Legacy’s new 40th anniversary release of Bridge Over Troubled Water doesn’t offer new music. Only the album’s original eleven songs are included. However, a lovely booklet tucked inside of the CD sleeve contains thoughtful essays on Bridge and on the 1969 tour documentary that is one of two films featured on the package’s DVD disc.

Directed by actor Charles Grodin, Songs of America aired on CBS on November 30, 1969. Opening with slow-motion panning shots of American landscapes, Songs announces itself with the chorus from Simon and Garfunkle’s “America” rising out of images of purple sunsets in Southwestern deserts and the flat, green grids of Midwestern farms – “They’ve all come to look for America.” Part tour-film, part progressive broadsheet, part art-house flick, Songs of America is inspired at turns – if dated at others – featuring performance footage, band rehearsals and behind-the-scenes shots of the duo and engineer/co-producer Roy Halee. The movie splices these scenes alongside impressionistic montages of 60’s-era imagery set to Simon and Garfunkel’s music; an elegiac editing of footage of John F. Kennedy, Martin Luther King and Robert Kennedy plays poetically against “Bridge over Troubled Water”, and footage of a sky writer creating a peace sign is married to images of Woodstock and the Vietnam War. “Scarborough Fair/Canticle” provides the soundtrack. Along the way the artists themselves chime in and take sides on the issues of the day, coming out strongly against the Vietnam War and just as strongly in favor of Martin Luther King and the Poor People’s Campaign.

The second film on the disc is a making-of documentary that combines a lot of borrowed footage from Songs of America along with contemporary interviews with Simon, Garfunkel and Halee. The Harmony Game tells the tale of the recording of Bridge Over Troubled Water and it also serves as a tribute of sorts to Halee. “We were, in truth, a threesome,” explains Garfunkel. “And Roy Halee was the driver in many of these things.” Offering intimate, in-studio peeks into the creation of the record’s signature tunes, Harmony reveals that “Cecilia” began as a tape-loop of the duo playing rhythm patterns on their pants legs and a piano bench. It also explains that “The Only Living Boy in New York” was inspired by Garfunkel’s exodus to Mexico to appear in Mike Nichols’ big-screen adaptation of Catch-22. The “Tom” who catches a plane in the song’s first lines is a reference to Garfunkel’s stage name in the duo’s original incarnation as Tom and Jerry. The film’s centerpiece is it’s telling of the production of “The Boxer,” but, ultimately, this film and the album both circle back to the record’s title track.

Simon describes the writing of the song “Bridge Over Troubled Water” as “One of those shocking moments in my music career. All of a sudden I sang that line, and then I sang it twice.” While Simon’s songs have always found strength in their literary sophistication, the lyrics of “Bridge’” successfully skate that line between the the cliche and the universal. “Bridge’” is a modern hymn set to gospel piano, speaking to a country – and a world – buffeted by an unpopular war, a social revolution and a widening generation gap. Today, the song and its message of brotherhood and caring are as relevant as ever and the aching promise of Garfunkel’s go-for-broke vocals remains one of the most moving performances by any singer in American popular music.

Today, we are still embroiled in controversial wars, and popular uprisings around the world continue to demand those basic things that have always been the stuff of the dreams of the people: dignity, liberty, community and love. As Art Garfunkel might say, “See how they shine.”