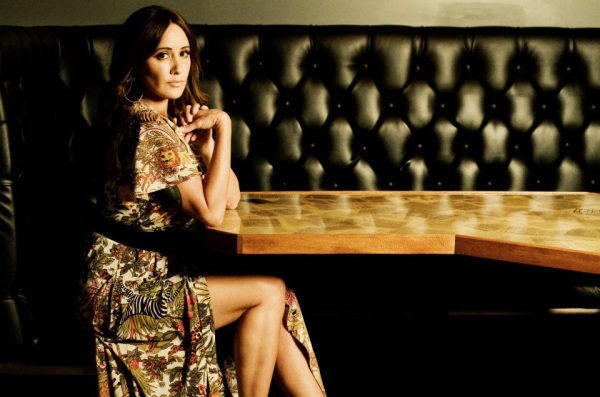 Courtney Jaye channels the 1970s on the upcoming Love and Forgiveness, an album that mixes the SoCal country-rock of Linda Ronstadt with the poppy coo of Dolly Parton. She gets a little help from her friends along the way, fronting an all-star band whose members include Neal Casal on guitar, Greg Leisz on pedal steel, and Wallflowers percussionist Fred Eltringham on drums.

The group locks into a vintage groove on “One Way Conversation,” a song co-written with Nashville’s Thad Cockrell and Julianna Raye. Jaye originally envisioned the tune as a duet, with Cockrell singing lead on alternate verses. Although she’s the only vocalist on the finished version, the collaborative spirit lives on in the song’s funky strut, which was inspired by another retro group: The Band.

“While recording,” Jaye explains, “the rhythm was the basis from which the entire production of the song was built. We tracked it live, and my only request to drummer Fred Eltringham was to make Levon proud.”