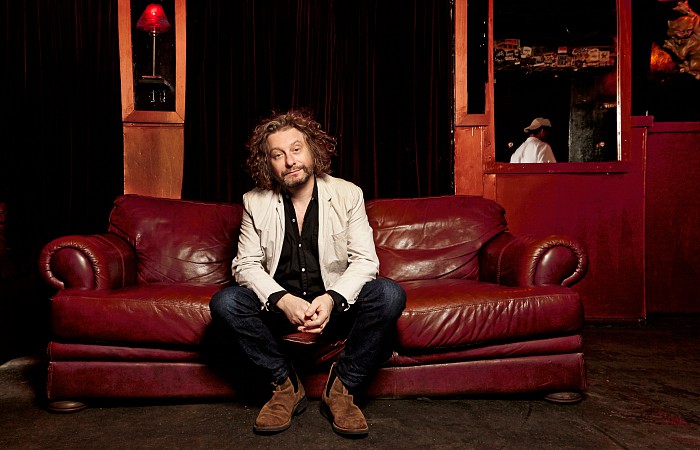 James Maddock brews up a bright, rootsy sound with Another Life, an album that finds him crooning an old-school folk ballad one minute and rasping his way through a rusty-edged pop tune the next. On “That’s Heavy,” he tips his hat to a buddy’s dad, who survived a plane crash in WWII only to find a darker fate in the days that followed.

“He was shot down over France,” Maddock tells us, “and he and his co-pilot survived the crash and were rescued by the French Resistance. As they tried to make their way back to England, they were captured by the Nazis and tortured for the name of anyone who may have helped them make their escape. Eventually, they gave up the name of the village where they had been recovering…and as I recall, they were then sent to a POW camp, where they heard the news that the village itself had been totally destroyed — and all the inhabitants murdered — by the Nazis. I think they called it ‘Collective Punishment.’”

Over fiddle solos and a barnstorming beat, Maddock delivers the song’s unhappy ending. The prisoners were eventually released and returned home as war heroes, but the weight of the destroyed village was too much to handle. On the day the war ended, one of the pilots went into the bathroom stall of a bar and hung himself.

“We must never forget what can happen,” says Maddock, who included a line about waterboarding to give the song a current spin. “This kind of thing can happen again if we are not vigilant and fight the rise of any racist political parties that seek to blame the ills of society on immigrants or minorities, gays,  black people, Muslims, Jews, trade unionists, socialists, etc.”

To borrow a line from the chorus: man, that’s heavy.