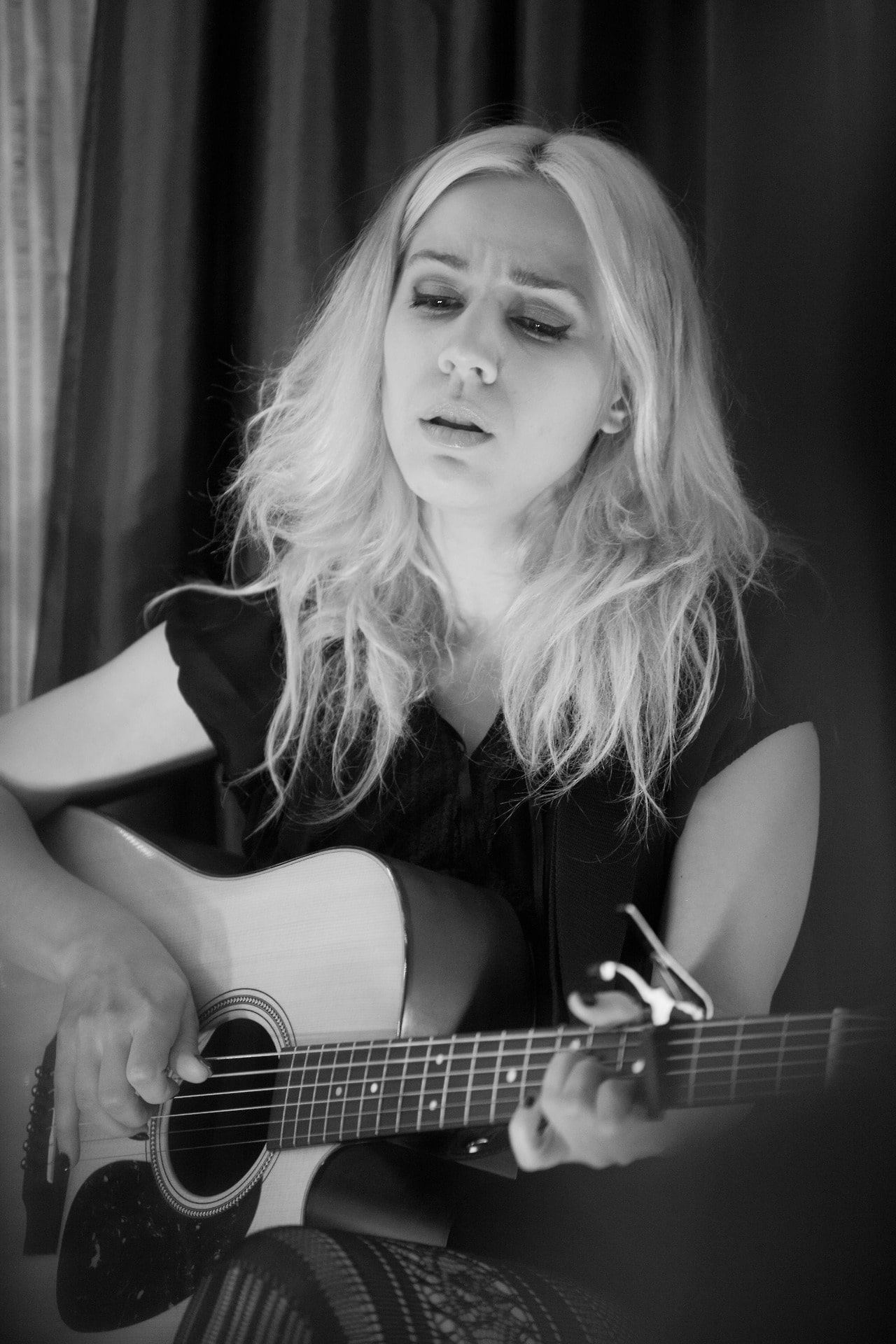 The Artist: Sara Rachele with J Thomas Hall
The Song: “Don’t Give Me Hell” from Diamond Street, out September 2
Fun Fact: Originally from Decatur, GA, Rachele spent her teenage years as a keyboardist and background singer in The Love Willows before relocating to New York.
Songwriter Says:  “When you end up in a relationship, there are those places you go together. We all have them—whether it’s a favorite coffeeshop, dive bar, book store, record shop, whatever. You develop these strong associations between that person in your life and that particular place. Of course, when things end, it can be difficult to go back—to the point where, sometimes, you feel compelled to give that  place up. My new album Diamond Street is a collection of all those places and shared moments—both precious and dirty—that we revisit in our minds.

I wrote ‘Don’t Give Me Hell’ about a relationship like this—one that never really definitively ended but just kind of faded into the distance. It’s the most haunting song for me on the record. It’s that moment where you say to yourself, ‘I could let this go, or I could give it one more try.’ It’s a thread that runs through Diamond Street, this kind of Goffin/King ‘Will You Still Love Me Tomorrow’ sentiment.

When I went into the studio in Atlanta to record the song, I played it for producer Kris Sampson [of Ponderosa], and the rest of the guys playing on the session. The idea was that the arrangement would be full-band, like most of the other songs on the record. Like, you have the musicians there, you ought to use ’em. My drummer, Chandler Rentz, felt it first, though—when he heard me play the song, he immediately said, ‘OK, no drums.’ By that point, it was 3 a.m., and Kris and all the guys came into the tracking room and started harmonizing on the song with me.

But when we finished and listened back to what we’d recorded, we realized that having a group of people singing on such a lonely song just didn’t feel right. I wrote the song about showing up in the middle of the night on my boyfriend’s stoop off Graham Avenue in East Williamsburg, and even though the more fleshed-out version was cool, we realized that the song would translate best as a sparse duet.

So the next day, my friend JT [J Thomas Hall] came over, we sat down, set up some mics in a bedroom and recorded it sitting there facing each other. In two takes, it was done. JT and I have known each other for a while, and it just came out very effortless and natural. He wrote one of my favorite songs, ‘What Heartache’s All About.’ [which premiered last September at American Songwriter].

With ‘Don’t Give Me Hell,’ though—most of us have had that moment, where you show up late to have a State of the Union kind of conversation with your significant other, and you’re standing out there under the moonlight (or in my case, the streetlights), and your senses are heightened because you’re unsure of how it’s all gonna go down—you’re unsure whether the one you love will let you in. And if it ultimately doesn’t work out—if you both end up going your separate ways, down the road, you wonder about it all from time to time. About all the might-have-beens.”