Caleb Harper pictured a story of an “evil” version of himself caught on some strange driving date in the desert, a scenario based less on reality and more a reflection of his mental state when he wrote Spacey Jane’s “Lots of Nothing.”

“I wrote it at a time when I was really unsure of myself,” shares Harper, “and didn’t really trust that I was going to be able to resolve it.”

A follow up to their 2020 debut Sunlight, and newer single “Booster Seat,” the Perth-based foursome—made up of Harper, along with guitarist Ashton Hardman-LeCornu, bassist Peppa Lane, and drummer (and manager) Kieran Lama—continue their narrative around the complexities of relationships and struggling with mental health, through a more innocent lens with Harper breaking around My head’s filled with lots of nothing, come on you must think something of it on “Lots of Nothing.”

With Sunlight written in March of 2020, when COVID initially hit Australia, and any hope of touring was put on hold, Harper was already starting on new material. Up until Sunlight, the music was always squeezed between the young band’s work and study commitments, but 2020 saw Spacey Jane working as a full-time band for the first time, which Harper found exciting and daunting as he demoed nearly all of the songs himself, later re-tracking them with the band.

“In the past we’ve fleshed things out in rehearsal studios in the days leading up to recording,” says Harper, “so it was nice to feel like we had some time to work through it and get them right.

This new music is a significant shift for Spacey Jane, with Sunlight more of a learning curve, everything is more intentional this time around.

“‘Sunlight’ was put together over a long period of time and we were brand new to the challenge of writing and recording a whole album,” shares Harper. “That is definitely part of its charm for me but I think we’re all really looking forward to producing a record that is maybe more cohesive in some ways. That will come about in a few different ways I think but something we’re focusing on specifically is creating more space in the music and allowing room to breathe between sounds and parts.” 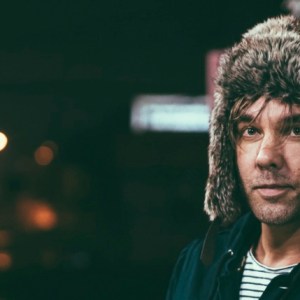