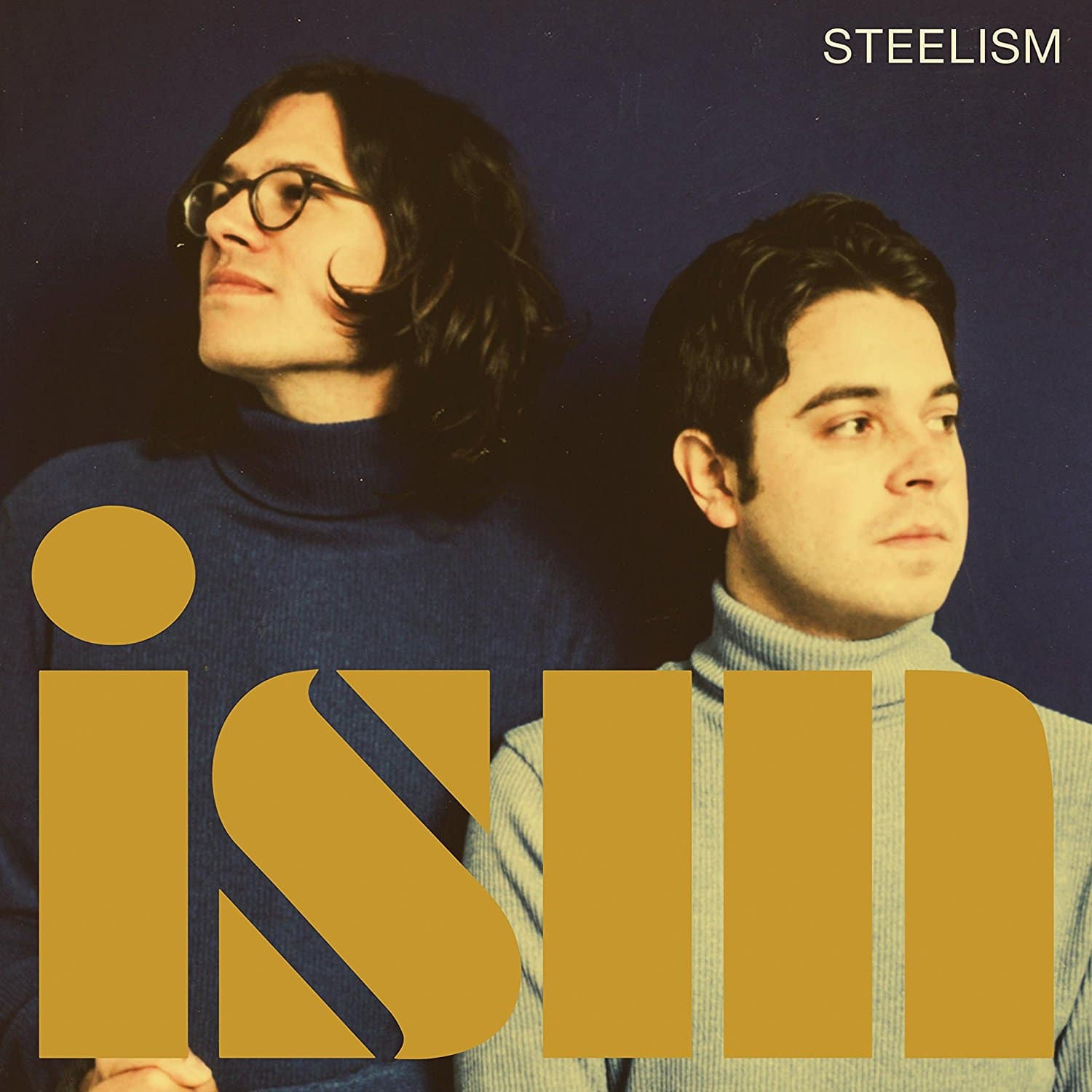 “Hey, let’s start a predominantly instrumental Americana band driven by trading licks with guitar and pedal steel and incorporating elements of spaghetti Western soundtracks, surf, R&B, rock and jazz.” That was apparently the agreement made between Steelism’s frontmen/founders Jeremy Fetzer and Spencer Cullum, sometime while backing Caitlin Rose in 2013. Thankfully, no one convinced these Nashville transplants (Fetzer is from Ohio, Cullum raised in the UK) that the commercial masses weren’t exactly clambering for that sort of uncommon lineup or sound. If they were advised, it was smartly ignored.

That’s the way art is made.

One EP, and now two albums down the line, the unusual concept has yielded some of the most quirky, vibrant and enjoyably eclectic music emerging from Nashville in decades. The duo’s 2014 disc solidified the initial model and 2017’s short but sweet 10 track follow-up now mixes new and enticing elements into the stew.

That’s immediately evident as the opening “Re-member” twang is enhanced with sumptuous ELO-tailored strings and pulsating orchestration; an audacious beginning, all in less than three minutes. By track three, we are introduced to the first of four Nashville-based singers — three are credited co-writers of their tracks — as pop vocalist Tristen sings the impossibly catchy “Shake Your Heel” over a frothy, spacey retro dance beat. Ruby Amanfu brings husky Shirley Bassey cool to “Roulette,” a booming James Bond-styled theme just waiting for placement in a 007 flick. The duet of Andrew Combs with Jessie Baylin on the Jayhawks-fashioned “Lonely Game” is the disc’s most straightforward singer-songwriter track. It proves these guys can construct a moving, widescreen Americana ballad as effortlessly as they shift between other genres incorporated in the Steelism approach.

Spanish flamenco percussion is mixed into the acoustic guitar of “The Henchman/The Buffalo,” a tricky combination of multiple vibes and a perfect example of the graceful agility Cullum and Fetzer exhibit throughout. There’s a bit of prog to “Cup of Wasser” — another tune that incorporates tactfully arranged strings — yet the twosome never strays far from their organic roots, even as the instrumentals twist and turn. The pair brings a combination of country and space rock to the closing “Let It Brew,” again showing how they expand their boundaries without falling into anything hinting of pretentious.

Steelism understands the need to grow, develop and mature an already diverse style. The wildly, perhaps unexpectedly, successful experiments with strings, vocals and different influences on ism, while maintaining a foot into their roots, shows how this talented twosome can move ahead, creating ambitious music with subtle charm, sophistication and a refreshing desire to work outside the mainstream.