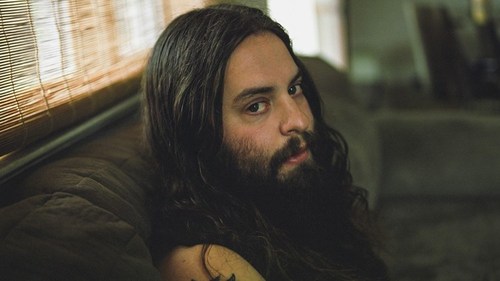 Strand Of Oaks
Heal
Dead Oceans
4 out of 5 stars

Strand Of Oaks is the record-making alter ego of Timothy Showalter, who heretofore was known for hushed acoustic records. One would never know that from the thunderous, invigorating evidence found on his new album Heal. Showalter has jacked up the musical intensity to match his fearless, often harrowing lyrics, and the results are stellar.

The album opens with the .38 Special blast of “Goshen ‘97”, a clear-eyed retrospective of Showalter’s indoctrination to making music. “I was lonely but I was having fun,” he shouts amidst a guitar attack led by indie legend J Mascis. That musical upbringing must have been quite eclectic, because Heal quickly makes room for the taut New Wave of the title track, the glam-rocking “For Me”, heartland balladry on “Shut In”, and the Neil Young-style guitar freakouts on “JM” and “Mirage Year.”

On the title track, Showalter intones the mantra “You gotta heal” over and over, a bit of a pep talk that he can’t seem to heed elsewhere. After all, “Mirage Year” finds him pondering (but ultimately deciding against) bloody revenge on his ex’s new lover. Those internal battles pop up everywhere, because break-ups, and Heal keeps coming back to a doozy of a break-up, tend to breed them. “We try in our own way to get better/Even if we’re alone,” he sings on “Shut In”, yet on the closing track, “Wait For Love,” his outlook is bleaker: “I’ve given up getting over you.”

If there’s another prevalent theme on the album, it’s the power of music to soften life’s more serious blows. Sharon Van Etten gets a shout-out, while the epic “JM” honors the late Jason Molina of Magnolia Electric Co. Based on its variety and power, Strand Of Oaks’ Heal seems like that special kind of album that can serve as a temporary buffer for others just as the aforementioned artists did for Showalter.