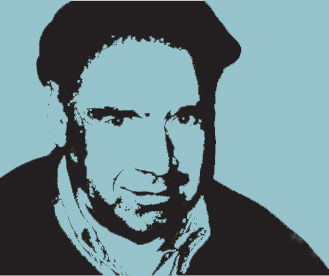 Street Smarts: Watch Out! They’re Out To Get You! If you write enough hits in your life, sooner or later somebody will accuse you of plagiarism.

Just an hour before I started writing this, I got a call from a friend of mine who has written some huge hits. Seems he’s been exchanging e-mails with some fool who claims that my friend and his co-writer had stolen one of his biggest hits from a friend of his.

The crux of the e-mails went something like this:

“Uh-huh,” said my buddy. “Well, we actually wrote the song two years before you say we did and the copyright date backs us up. Furthermore, my co-writer and I are honorable enough men that false accusations like this really bother us.”

“Yeah, well, Ol’ Hoot’s been dead for a long time and I’m just trying to do the right thing for his family.”

“I’ll bet you are. Why don’t you do the right thing by not getting them dragged into a lawsuit featuring libel and slander. I don’t know where you got this nonsense, but you haven’t a clue about how the song was really written. I thought I ought to tell you that our lawyers are really good!”

Why do they do it?

One of the great things about American Songwriter magazine is that it serves a very diverse audience. Many of its readers are professionals who have made a fair-to-good living at their craft. Many are amateurs who are making a really strong, good faith effort to become professionals. Many are amateurs with benign dreams of writing a hit, but without the drive and confidence necessary to find their way into the industry.

Then there are the angry would-be tunesmiths. They write a few songs, collect a few rejections, and conclude that there is a conspiracy created solely to keep them away from glory. Or maybe they don’t write anything—rather, they’re the wise guys who know that the cards are stacked against them, so there’s just no sense really trying—an easy way to quit without moving a muscle.

I can remember so many of these songwriters—and singers—talking about their one chance—the one time they were signed by a record label, or the one time some big star almost cut their song. “Well,” they say, their voices dripping with self-pity, “the head of the record label didn’t like the record so he told the promotion staff to take it off the scores of stations that were playing it and tell the program directors to give the airplay to another of the label’s artists.” Or, “Yes, so-and-so cut my song and they promised it was gonna be the first single, but they changed their minds and it never even made the album.” Oh, the heartbreaks, they could make the angels weep!

Hey, all successful songwriters and singers have stories like that. The difference is, instead of forever weeping over them and then quitting, the successful ones shrug off the pain and try again.

I know that some of you reading this today resent the fact that you have not had the songwriting success that you deserve, and you are not about to blame that lack of success on yourself. But if you’ve never really tried—and tried and tried—who else is there to blame but yourself?

Put it all in perspective. Every time I talk to a songwriting class, there are always a few who stand up the first day and ask, “How do I get my songs heard?” I tell them they’ve got their agenda backwards. The first thing you do is work to write really good songs. Don’t write a handful of songs then look for a publisher in the vain hope that one of your songs will get that publisher to take you under his or her wing and lead you to glory. Yes, it is a little bit like a lottery, but you don’t even get a ticket to the lottery until you can write a really good song. Oh yes, I know, it’s fashionable to say that the songs on the radio aren’t very good. Maybe I say it myself, sometimes. But if we really believe that, maybe we should make a stronger commitment to help make the songs on the radio better.

I don’t know what to say to the folks who believe that there is somebody out there manning the gates of Music Row to keep them out. I’ve known so many people who came to Nashville without knowing a soul and found success from a mix of talent and a stubborn refusal to stay discouraged. It seems I can’t say it too many times: You have to be present to win. To put it as bluntly as I can, you have to take the risk that somebody, someday, is going to say to you, “You have no talent at all. What are you doing here?” Every successful songwriter took that risk, and many of them heard those words, or words like them.

I have sympathy for people so timid that they cannot bear those blows to their fragile egos. It’s too bad, because it is possible to grow a thick skin and understand that failure only happens when you stop trying.

But I have no sympathy for people who massage their own egos by making up or believing rumors that this writer stole a song from some poor soul back in Peoria, or that singer got his/her record deal by doing unspeakable things, or, the big one, “It’s not what you do, it’s who you know!” You know what? That last one has a germ of truth to it, so it’s your job to get to know somebody. There it is. Go out and get to know somebody. All the rest of us did.

0
Being able to create your own music in an integral part to becoming a great musician. Having been a musician myself for...
Read more
Coaching

0
If there's one approach to writing songs that works every time, I still haven't found it. There are, of course, those rare...
Read more
Coaching

The Point of Point of View, Part III: Second-Person Narrative

0
Okay, we’ve been both outside and inside the world of the song in the last two issues, now let’s take a step...
Read more