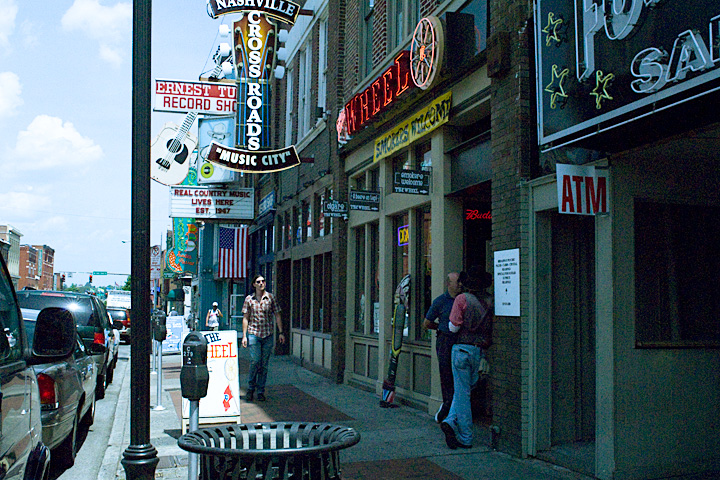 Cumberland University, MU135, Craft of Songwriting. Two young promising songwriters named Daley and Josh. Both have ambitions in the rock world and both understand the role of a great song in a singer’s career.

Daley is a hard-nosed jock. He’s taking some basic music courses, but he has a rare gift for lyric—he can put his heart on a piece of paper and make the reader like it.

Josh is a classical guitar player when you can get him away from his Les Paul guitar. His love for music goes well beyond the six strings and twenty frets that constitute his playing field. Josh feels music. And he can translate that feeling into riffs that rock.

They were strangers to each other before they met in class. The first class they talked a little. The second class Daley brought in half a lyric. The third class Josh had signature licks. They had a really neat song going—and no melody.

So they and the instructor talked. And he learned. These kids listen to a lot of contemporary rock. They focus on the signature licks. They identify the songs and the bands by their licks. Melodies? Not so much. Maybe not at all.

So Josh played his licks, the instructor read the lyrics and the melody came. It was a piece of cake because the licks and the lyrics were strong and vivid. The song was written and more songs would come.

But there are lessons to be learned here. Songwriters that work in particular genres get strong in some areas and neglect others. It’s kind of funny how we tend to regard “our” genre as being the one that is “legitimate.” We tend to ignore or disrespect other genres. And yet there are no pure song genres in our culture. We are an eclectic culture. Our music is filled with cross-fertilization. Rock music, for example, bears hefty influences from jazz, country, gospel, pop, classical, you name it. Meanwhile, pop, rock, gospel, modern and contemporary classical, etc., all bear influences from music that came before, as well as music that came later.

In America, mainstream pop writers have always valued lyrics. I believe that’s because the pop tradition evolved from the old troubadour songs, who not only spoke of lost love, but sang about events that occurred in the kingdom. Some of those old songs were like the newspapers of the realm.

In the 1950s, when rock and roll first arrived, many of the songs were simplistic, not really “written,” but rather worked out by doo wop groups in a hurry to grab some syllables to harmonize with. That period of lyrical anarchy didn’t last for long, but gave way to the craftsmen of the Brill Building, Motown, Liverpool and more.

Many of us today believe that the rock of today has returned to lyrical anarchy. Daley and Josh’s instructor thought so too, but he hasn’t really listened, and Daley decided to teach the teacher a lesson. Early in the semester, the instructor asked Daley to show him a lyric he had written. Daley wrote down a lyric and handed it to the instructor, who was amazed that a beginner could write so well. He praised the lyric, but Daley immediately confessed.

“I didn’t write this,” he admitted, naming a contemporary group as the originators. The instructor shook his head and confessed, “Never heard of them.”

“I just wanted to see if you agreed with me that this song had a good lyric.” Daley smiled and handed the instructor a pair of earbuds, which were plugged into to his iPod. The instructor listened, only to find that the heartfelt and carefully crafted lyric with its creative near-rhymes had been buried beneath an avalanche of power chords, riffs and shrieks. “Why,” the instructor asked, “Had the band worked so hard on the lyric, only to deep-six it beneath a mound of sound?”

The student explained that, if he likes the sound of the recording and if the lyric hook means anything to him, he’ll ask his friends or dig into the Internet to find out what the song says.

I’ve written in earlier columns about the old pop days when co-writers were specialists. One wrote lyrics; one wrote music. Today in pop circles chores might be more specialized: Writer A is the lyricist, writer B is the composer, and writer C kicks off the process by coming up with a riff, then handing it off to A & B to develop it into a song. But in Nashville, and elsewhere, many songwriting teams labor cooperatively and simultaneously in developing melody and lyric. When they do, sometimes they concentrate on one aspect of a song to the neglect of others. In Nashville, there is a historic tendency to work the lyric to death while settling for music that works. In pop or rock, it can be the other way around.

But I believe that songwriters who are really serious about their craft try to make their song go first class in all aspects of the song—melody, lyric, rhythm and phrasing. And I believe in my young songwriters. They will master the craft of melody.

0
Being able to create your own music in an integral part to becoming a great musician. Having been a musician myself for...
Read more
Coaching

0
If there's one approach to writing songs that works every time, I still haven't found it. There are, of course, those rare...
Read more
Coaching

The Point of Point of View, Part III: Second-Person Narrative

0
Okay, we’ve been both outside and inside the world of the song in the last two issues, now let’s take a step...
Read more