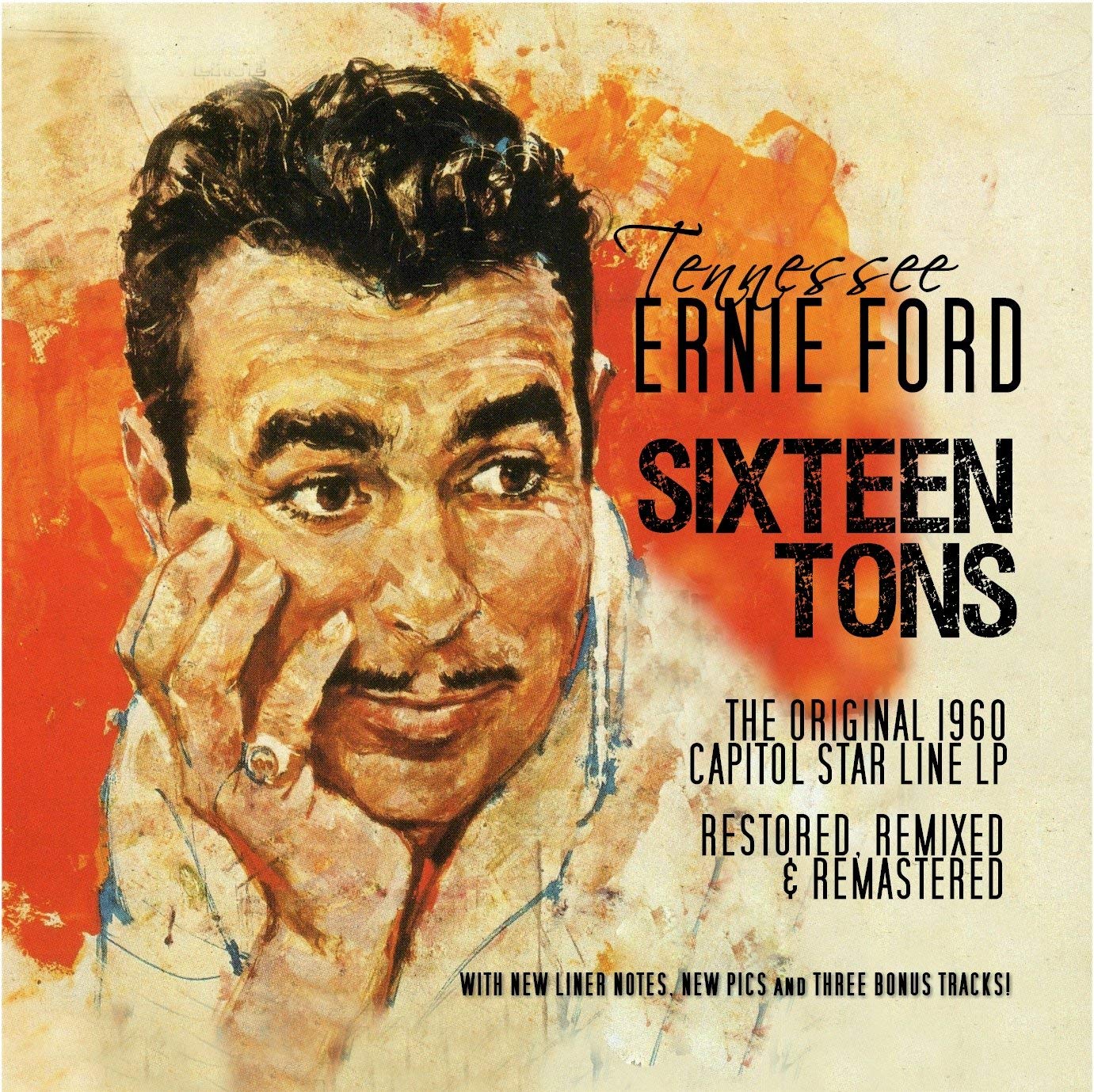 Stars in the late 1950s didn’t come much bigger than singer Tennessee Ernie Ford. Before he had a monster TV variety show, he’d already had numerous chart singles that gained him a certain amount of popularity. But he became an A-list celebrity after he cut the song that is still on peoples’ lips today, the Merle Travis-written “Sixteen Tons.”

When Travis – the same Merle Travis who was the namesake of the guitar technique known as “Travis picking” – wrote the song, it came from personal experience. He was born and raised in the coal country of Muhlenberg County, Kentucky (yes, as in the John Prine classic, “Paradise”), and had relatives and friends who toiled in the coal mines. Travis’ original 1947 recording of “Sixteen Tons,” which was just him and his guitar, included a recitation at the beginning that explained the premise of the song. When he sang the chorus You load sixteen tons, what do you get?/Another day older and deeper in debt/Saint Peter don’t you call me ‘cause I can’t go/I owe my soul to the company store, he knew what he was talking about. But his version of the song didn’t do much of anything with the radio or the consumers.

Tennessee Ernie Ford was acquainted with “Sixteen Tons” when he cut it in 1955 as the B-side to a song called “You Don’t Have To Be a Baby To Cry,” but as happened so many times in music history, deejays started playing that B-side and it became a huge hit at both country and pop radio. “Sixteen Tons” reached number one on the charts in both the U.S. and the UK, and sold two million copies in two months, making it the largest-selling single of all time at the time. It eventually sold a reported 20 million worldwide.

In his book River of No Return, the singer’s son, Jeffrey “Buck” Ford, recalled how his father came to record the song. “Dad knew the song from working with Travis on Hometown Jamboree, and knew the story behind Travis’ inspiration for the stark images portrayed in its powerful lyrics. His father worked the deep mines in Harlan and Hazard his entire life, held in virtual serfdom like thousands of others who couldn’t quit and couldn’t die, because he ‘owed his soul to the company store,’ where food and supplies for a miner’s family were doled out on credit. ‘You didn’t work for pay,’ Merle told Dad one afternoon. ‘You worked to pay off your debt to the coal company.’”

Because of Tennessee Ernie Ford’s version of “Sixteen Tons,” the song is a classic today that has been covered scores of times and has spanned the generations. Most recently ZZ Top cut it with guitarist Jeff Beck for a live album. It has a timeless appeal because it’s about something most of us deal with at some point in our lives, if not for most of our lives: giving a big piece of our time to somebody more powerful just to survive in a constantly-changing world. In 1990, just a year before he died, Ford told the New York Times, “It’s an everlasting hit…It seems that young marrieds and even high school kids know it. It caught on to every working man in the world, I guess.”