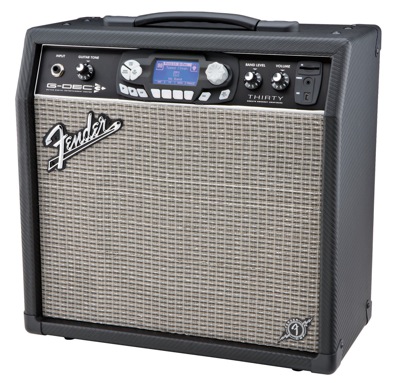 Shopping for a new amp can be a lot like trying to find that special someone. In both cases, there are a few key questions you should ask yourself before you make a commitment. Are you searching for a new partner that challenges you intellectually? Or are you just looking to have some fun? Are you two going to be seen together in public? Or is this relationship strictly for practice?

The Fender G-DEC 3 is down for whatever. Sure, the compact and surprisingly light G-DEC 3—which stands for Guitar Digital Entertainment Center—has more features than you could ever use, but you can also plug in and play with its 99 preset sounds that range from ‘60s era Brit Jangle to Garage Punk. It’s loud enough to use in an impromptu roof concert but also seems at home in your living room with its built-in metronome and suspiciously familiar-sounding backing tracks with names like “Shame Brown Funk in G.” There are also a lot of onboard backing tracks and presets created for G-DEC by actual artists such as Anthrax, Ozomatli, Eric Johnson, Willy Porter, John 5, Nils Lofgren and Bad Religion.

If you’re the type who likes tutorial videos with goofy segues consisting of various long-haired dudes jamming out, you can watch those too, and then make your own sounds with Fender Fuse, the software program that’s included with the G-DEC 3. Here are just a few of the virtual effects at your disposal: overdrive, fuzz, touch wah, fuzz touch wah, sine chorus, triangle chorus, alienator, ducking delay and ping pong delay. And that’s just from the virtual floor setup! You can also mess around with compression and noise gate settings as well as the timbre of your amp. Oh, and if you don’t like the color of your virtual floor pedals, you can change that too—just in case you’re like me and are allergic to bright yellow, otherwise known as the least rock ‘n’ roll color of all time.

My favorite feature on the G-DEC 3 is the ability to import your own backing tracks. All you have to do is import the song you want into Fender Fuse using the USB cable, which comes with the G-DEC 3. Connect the amp to your computer, sync the two machines and “voila!” You now can do your best to tarnish the classic rock staple of your choice with your guitar noodling coming in over the top—Sorry, Roger Waters, but “Us and Them” was just dying for some thrash metal speed runs.

Closely related, my least-favorite feature on the G-DEC 3 is trying to use the Phrase Sampler to record my own backing tracks. In theory, this feature should be easy and awesome. The amp has Record and Overdub buttons that allow you to lay down your own groove and then play over it until you have your sonic masterpiece. However, the problem is that there is no count-in after you press record, meaning you have to press the button and furiously start playing right away or your loop will have an awkward pause every time it comes back around to the beginning, thus destroying any chance at a classic jam session.

The correct way to get your perfected groove onto the amp’s hard drive isn’t easy. The G-DEC 3 comes with a free version of the recording program, Ableton® Live Lite 8 Fender Edition. If you wanted to, you could record your riff there, save it as an MP3 or WAVE file and then export it onto the amp. For me personally, that takes way too much effort. I’ll stick to ruining other people’s hard work, thank you very much. John and Paul, you’re next! 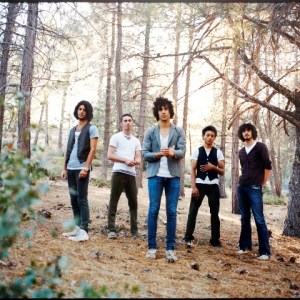 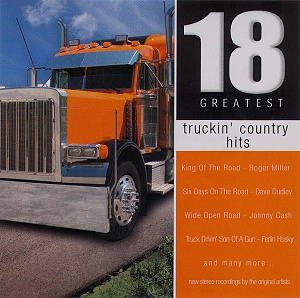