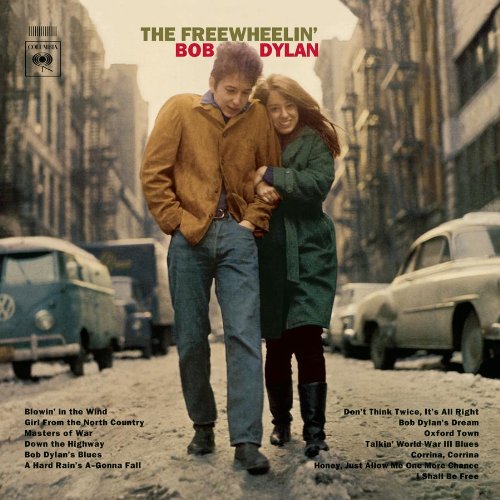 “Oh where have you been, my blue eyed son?”

While those words are standard folk fare, they are now forever associated with Bob Dylan.

I’ve stumbled on the side of twelve misty mountains,
I’ve walked and I’ve crawled on six crooked highways,
I’ve stepped in the middle of seven sad forests,
I’ve been out in front of a dozen dead oceans,
I’ve been ten thousand miles in the mouth of a graveyard

…which ultimately is more powerful than the “Lord Randall” version, the folk song/poem from which the opening question is taken:

I’ve been with my sweetheart, mother make my bed soon
For I’m sick to the heart and I fain would lie down.

Like the songs of the troubadours of old, “A Hard Rain’s A-Gonna Fall” reports on the state of the world at large, and vows to keep singing until something is done about it. Released in 1963, the song announced to the world that Dylan was more than just the guy who wrote indelible songs like “Blowin’ In the Wind.” He also wrote EPIC songs — when everybody else in popular music was writing 3 minute songs, he upped the ante to 6:55, making Bob Dylan the first prog-rocker.

“Hard Rain” is one of those Dylan tunes that begged to be compared to poetry. The song is like a road trip for the mind, with its cascading imagery and shimmering power. It’s largely a laundry list of bad news, but it’s more about life itself than just life’s darkest corners.  It’s also a precursor to the vast surrealist imagery Dylan would offer in songs like “Desolation Row” and “Mr. Tambourine Man.”  While the clown cries in the alley, girls offer rainbows, a white man walks beside a black dog, the executioner’s face is hidden, and ten thousand whisper but nobody listens. The “hard rain” in the chorus threatens to wash it all away, all of humanities’ follies and tender accomplishments. It’s verses offer elaborate metaphors for the state of the union in 1963, but they’re vague enough to feel prophetic for every year that’s followed. “Hard Rain is a desperate kind of song,” Dylan says in the liner notes to Freewheelin’:

It was written during the Cuban missile crisis of October 1962 when those who allowed themselves to think of the impossible results of the Kennedy-Khrushchev confrontation were chilled by the imminence of oblivion. “Every line in it,” says Dylan, “is actually the start of a whole song. But when I wrote it, I thought I wouldn’t have enough time alive to write all those songs so I put all I could into this one.”

Dylan would revive the song as an electric rave up on the Rolling Thunder tour in the mid-70s, and named his 1976 live album Hard Rain (which paradoxically does not include the song.) In the 1989 anti-war movie Born on the 4th of July, Edie Brickell (Paul Simon’s future bride) performs “Hard Rain” as a 1960’s cofeehouse singer.

And I’ll tell it and think it and speak it and breathe it,
And reflect it from the mountain so all souls can see it,
Then I’ll stand on the ocean until I start sinkin’,
But I’ll know my song well before I start singin’…

If every line in “Hard Rain” is indeed the start of a whole new song, then it’s fair to say that every songwriter who carries Dylan’s music in his heart has been busy writing them.