On July 3, 2018, the stars aligned for fellow Memphians and bandmates Jeffrey Jordan and Spencer Stewart. At their backyard cookout in Nashville on that fateful day, the pair discovered the drummer of their dreams, Garrison Burgess—completing their pop-rock trio, The Band CAMINO.

“Spencer and I had just moved to town, and we were on the hunt,” Jordan tells American Songwriter over a Zoom call. The three kindred spirits speak over one another during our conversation, completing each other’s sentences and filling in the gaps of their three-year journey as a band.

“We auditioned a few guys, but we’re still looking for our soul mate,” Jordan continues. “When Garrison showed up, we bonded over Budweiser and some dogs.” Stewart interjects, “Oh, and some crazy punch.”

As the night went on, the party moved into their basement to jam. “Suddenly, we heard the sweet sounds from upstairs. We got down there, and found Garrison just riding into battle,” says Jordan, interrupted by his bandmates’ laughter. “It was like he was on a flaming stallion, making the stank face, sword drawn, just playing.”

“From my perspective,” Burgess intervenes, “I’m playing, and I see three heads pop out from the doorway, and I’m like, ‘Oh yeah, they love me.’”

Burgess joined them in rehearsals that week, and just a few weeks later the trio played their first show as The Band CAMINO in his home state of Arkansas.

“We all have unique skills, but I was always focused on being a player,” says Burgess. He started playing piano when he was just six years old, and by 10 years old, he picked up the drums. Now 25, Burgess has fulfilled his goal of being a drummer in a band.

Jordan and Stewart formed The Band CAMINO in 2015 while attending the University of Memphis. “Memphis is a pretty tough city; there’s not a lot of bullshit going on,” says Jordan. “Either you play, or you can’t.”

Neither Jordan nor Stewart are blues guitarists, and they didn’t grow up going to Beale Street either. But, they put in their time, like everyone else. “We feel like we can hold our own. We might not sound like Memphis musicians, but that’s kind of the point,” says Jordan. “And in Memphis, you can’t fake the live show.”

In agreement, Stewart cites some sage wisdom passed on by the great Miles Davis: “Anybody can play. The note is only 20 percent. The attitude of the motherfucker who plays it is 80 percent.”

As the rock band of the pop generation, there’s a magnetism to their performance. The Band CAMINO’s confidence evokes a veteran posture that preceded their self-titled debut album, released September 10 via DBLBLK/Elektra Records.

In 2019, The Band CAMINO released their tryhardEP. When the pandemic hit in March 2020, they had a stockpile of songs in their arsenal, and they continued writing through the stillness of last summer. Each of their songs had to pass the criteria of what belongs in their live set. “Can you stand there with your instrument and be compelling?” Jordan says. “That’s always going to be the most vulnerable and authentic human experience and connection.”

As road warriors, the band wields their stage background to translate their tracks to a live experience. “So much of what we do is about creating moments,” says Stewart. Burgess points to their song “Know It All” as an example. “It didn’t just happen that way—we wrote that chorus to make it scream,” he says.

Before heading to the famed Sonic Ranch outside of El Paso, Texas in September, they had to narrow over 100 songs down to 15. The band’s manager created a spreadsheet with four columns titled “No,” “Like,” “Love,” and “I Will Die For This.” Repeating the scoring method, many of their songs worth dying for were the same.

Out there among the pecan trees in Texas, the band poured themselves into their music. Produced by Jordan M. Schmidt, The Band CAMINO was recorded over 40 days, capturing the spirit of the whole band.

The Band CAMINO believes they hold an advantage over solo artists because of their unique opportunity to meet their various influences in the middle. Stewart argues their differing perspectives offer a series of filters that serve as a “checks and balances system.”

“I feel like there aren’t many true bands with real collaboration,” says Jordan. “We’re not just one dude in front. It isn’t easy, but The Band CAMINO is a fair representation of all the music we listen to and our collective experiences.” Each member sacrificed personal passions to paint an all-encompassing portrait of an enviable musical dynamic.

Flagged as “too pop for rock” or “too rock for pop,” The Band CAMINO feels their indefinable sound is only problematic for the business side. “It’s been way more fun to build a team around people that do get it,” says Burgess. “The people that don’t understand it, that’s fine because we’ve got our crew, and will push it until the end of time.” 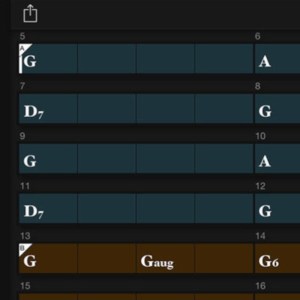 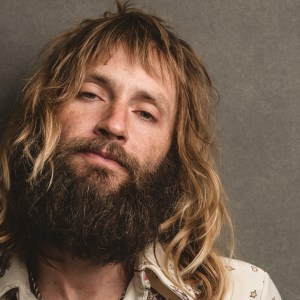