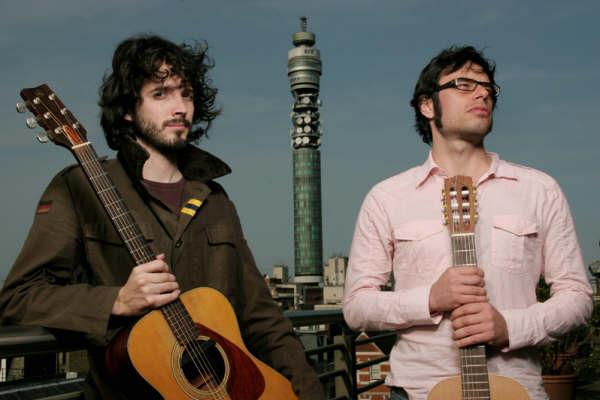 The Funniest Songs We Know With his current dour demeanor, it’s easy to forget how funny Dylan can be. He and his make-believe family go on one doozy of a picnic in this Bootleg Series howler. The talking blues format was borrowed, but the jokes are all Dylan’s.

Choice line: “It wasn’t much of a picnic … didn’t come close to a mountain … and I hate bears!”

Humorist and children’s author Shel Silverstein wrote the words to this one, but only Johnny Cash could weave the tale. He really sells the drama of this poor kid whose father named him Sue, just to be a dick.

Choice line: “My name is Sue, how do you do! Now you gonna die!”

See also: “Flushed From The Toilet Of My Heart,” “One Piece At A Time”

Paul Simon imitates his main rival in this high brow send-up of mid-Sixties culture, filled with in jokes and bold faced names. “I must have dropped my harmonica, Albert” is a reference to you know who.

Arlo Guthrie’s most famous tune takes up one whole side of an album. Thanksgiving dinner with the relatives can drag on forever, but this epic story-song, which clocks in at 18:34, is entertaining the whole way through.

Choice line: “Yes, sir, Officer Obie, I cannot tell a lie, I put that envelope under that garbage.”

“All I got to my name is a beat-up guitar and three broken strings,” groans Hendrix in this vaudeville-style drunkard’s lament. While he wasn’t a fan of his own vocals, half the humor is in his houndog delivery.

Choice line: “I’m so broke, I can’t even pay attention.”

Country Joe and the Fish, “Fixin’ To Die Rag”

Give me an F! This anti-war Woodstock anthem is a sly takedown of the “conflict” in Vietnam; proving a spoonful of sugar goes a long way in the protest department.

Choice line: “Be the first one on your block to have your boy come home in a box.”

For many kids in the ‘80s, “Weird Al” was their favorite comedian. “Eat It,’ his high-calorie parody of Michael Jackson’s mega-hit “Beat It,” helped propel the king of polka-rock to global superstardom.

Choice line: “Get yourself an egg and beat it.”

Beck had us laughing from the moment he burst onto the scene, covered in metaphorical cheese wiz. Like much of his early work, the rap-blues rock hybrid “Loser” is a junk-collector’s collage of surrealistic imagery.

Choice line: “In the time of chimpanzees, I was a monkey.”

Folk singer Dan Bern sets out to visit an ailing Bruce Springsteen, as Dylan once famously did with Woody Guthrie. The only problem – The Boss is still in perfect health.

Choice line: “Go forth and be the voice of your generation.”

Lonely Island started a social revolution with the video for “Lazy Sunday,” Andy Samberg and Chris Parnell’s hardcore, gangsta rap paean to going to the movies and eating cupcakes.

“This is not the Greatest Song in the World, this is just a tribute.” A metal-riffic update on “Devil Went Down To Georgia” that’s heavy on the hysterics.

Flight Of The Conchords, “Business Time”

There’s no such thing as an unfunny Flight of the Conchords song, but we’re partial to “Business Time,” an audio aphrodisiac that celebrates the fact that Wednesday is “hump day” without ever spelling it out.

Choice line: “Two minutes in heaven is better than one minute in heaven.”

With LCD Soundsystem, you come for the beats, and stay for the surprisingly brilliant lyrics. What happens when the coolest kid on the block grows up to be a middle-aged man? He loses his all his indie cred.

Choice line: “I heard you have a compilation of every good song ever done by anybody.”

Hayes Carll, “She Left Me For Jesus”

Channeling sardonic songwriters like John Prine and Randy Newman, Hayes Carll spins a wry and dusty tale of failing to measure up to the new man in his woman’s life: Jesus! He threatens violence, but we don’t see that working out too well.

Choice line: “The last time we made love, she even called out his name.”

What are some of your favorite funny songs? Let us know in the comments.

3
This isn't so much a lyric as it is poetry...
Read more
Features

0
Titus Makin is a name recognized by many who have seen him on-screen, having seen success on various television shows, most currently...
Read more