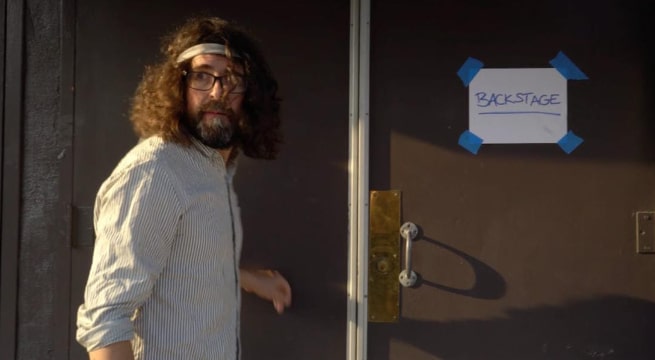 The Get Up Kids Release New Single, “Lou Barlow”

The Get Up Kids released a new music video for their single “Lou Barlow” earlier this week… starring Lou Barlow himself.

“We kept joking how hilarious it would be if we could get Lou Barlow to be in the video for ‘Lou Barlow,’” explains Matt Pryor. “It was absolute luck that we both happened to be in New York on the same day. When he agreed, we were thrilled. When we saw how much he put into the video, we were floored. He was amazing.”

Lou Barlow confirmed in an official statement: “I acted the shit out of that.”

“Lou Barlow” is from The Get Up Kids’ acclaimed first album in eight years, Problems, out now via Polyvinyl Record Co. Stereogum called the Peter Katis-produced (Kurt Vile, The National) LP “a validation and revamp of Get Up Kids 2.0, honoring the indie-leaning sound of 2004’s Guilt Show and There Are Rules with a stronger sense of confidence and melody.”

The Get Up Kids will join Dashboard Confessional on their 20th celebration tour of intimate rooms across the U.S. beginning early next year.