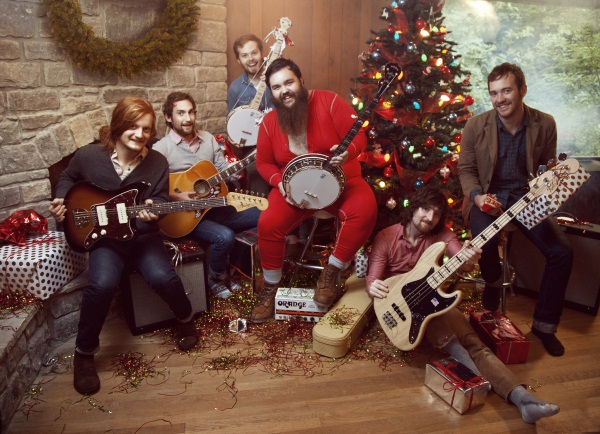 The holidays came early for The Apache Relay, who found themselves on the receiving end of a great bounty of amazing gear. We give you the skinny on a dazzling array of instruments and amps, so you can fine-tune your own wish list this Yuletide season. Click on the links to read in-depth reviews. 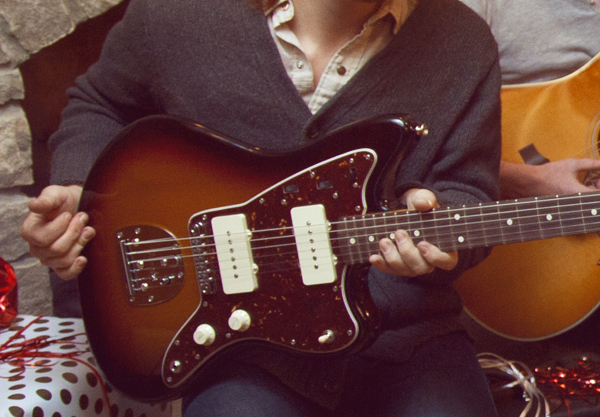 For as long as I can remember, I’ve been a huge fan of Fender’s off-set guitar models. The Mustang, Jazzmaster, and Jaguar (to name just a few) have always held a unique, and in my humble opinion, frequently under-appreciated position in the Fender family for most guitar players. So when I was given the chance to review this guitar out on the road for a string of shows, I jumped on it. Over a three week tour of the Southeast, this guitar was used nightly, facing the perils of the road and the stage, making for a truly hands-on demo experience.

Right out of the case, I was surprised by the build quality of this Mexican-made Classic Player Jazzmaster. Not unlike its older brother, the American-made Fender 62’ Jazzmaster, this guitar sports an alder body paired with a Maple neck, making for a solid and reliable construction. The sunburst finish was done very well, delivering a very natural three tone dark to light finish. The good folks at Fender made some key changes to this Classic Player model for the modern player, which I personally loved. The upgrade to a more modern and more structured bridge was of noticeable improvement right off the bat. It allows for a more structured string spacing. The medium jumbo frets are another modern touch to a classic model that allow for better sustain and defined navigating along the fret board for the left hand.

The Special Design Hot Jazzmaster pickups were very versatile. When clean they provided nice round warm tones, but with just a touch of overdrive, this thing was prepared to replicate some full-fledged Sonic Youth at their most primal. After dialing in the rhythm and lead circuits (which just takes a little fun experimenting on the part of the player) and dropping in the trem bar, I was thoroughly impressed with the performance of this guitar. For my needs, I really liked the rhythm circuit with the pickup selector set to both bridge and neck pickups. It made for full body chords while maintaining clarity and note definition. Cutting through the mix while maintaining you’re desired tone can be tricky (especially in a 6-piece like Apache) but this Classic Player delivered.

If I’m honest, I embarrassingly had somewhat meager expectations for this guitar, being that it was Mexican made (the inner gear snob coming out in me). Much to my surprise, I got served some serious and much needed humble pie and found this Jazzmaster to be an all around great guitar – not just for a mexi-made guitar – just a great instrument period. It held up great on the road and far surpassed my expectations. The Classic Player Jazzmaster comes with a deluxe gig back, but do the right thing and buy a hard case for this guy. It’s well worth it. – BEN FORD (guitarist, The Apache Relay) 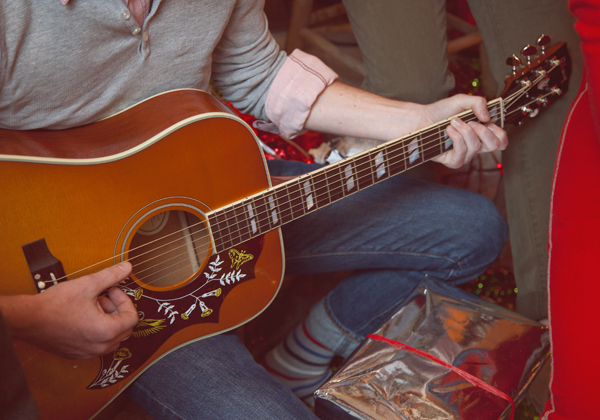 Gibson’s Hummingbird acoustic guitar doesn’t seem to get the props it should, given the historic recordings that it’s been used on over the past half-century. Like the first three Led Zeppelin albums, the Stones’ Exile On Main Street, and the first Tony Williams Lifetime album, where John McLaughlin put a pickup on one and introduced the Woodstock generation to 32nd notes. And while the Hummingbird has been a rock mainstay in Britain, it’s also been used for more traditional American music by the likes of the late Gram Parsons, his protégée Emmylou Harris, and Sheryl Crow.

To celebrate the Hummingbird’s creation in 1960, Gibson has issued a limited number of Gibson 50th Anniversary 1960 Hummingbirds. Like the first Hummingbirds, this anniversary model is made with a Sitka spruce top and mahogany back and sides that give good sustain and decay that would serve a player well in the studio as well as live. The action is set low enough to enable fast lead playing as well as quick chord-grabbing all the way to where the body attaches at the 14th fret, and the tone is good and ringy for open strummed chords and sweet for fingerpicking. Intonation is perfect.

Tone is very well-balanced, with good highs and a low E string that produces just the right amount of bite. It sounds good for slide playing, too, though raising the action for this is advised. This is a great-playing and great-sounding guitar that’s going to attract the attention of players as well as collectors. – RICK MOORE 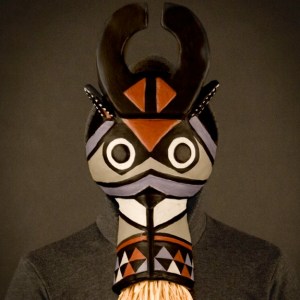 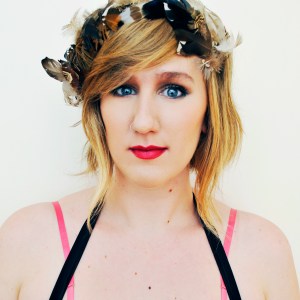