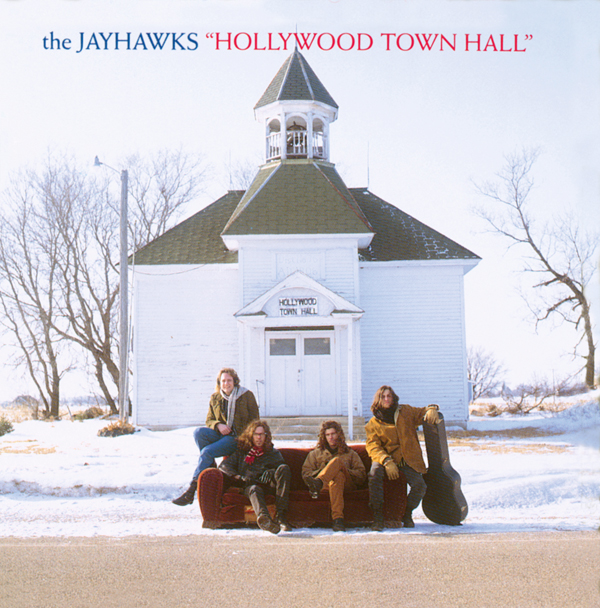 When Mark Olson left the Jayhawks in 1995, he expressed frustration at the slow pace of releases allowed by his record label – he wanted to put out more material than American would let him. He and fellow singer-guitarist Gary Louris shared songwriting duties, which meant every couple years they each had the opportunity to put out about five songs. That wasn’t enough for Olson, so he packed up his guitars and headed to the California desert, where he started issuing a flood of records over the years under his own name and with his wife, Victoria Williams, in the Original Harmony Ridge Creek Dippers.

One of the benefits of the new Jayhawks reissues is that we get to see just how prolific the pair were during their earlier years (American wants all that extra material now). Two of the Minneapolis group’s most important records – Hollywood Town Hall and Tomorrow the Green Grass – are being re-released with the customary bonus tracks and goodies, and it’s a lot of material. (Tomorrow will supposedly include a sort of Holy Grail of Jayhawks bootlegs – an eighteen-song set called the Mystery Demos.)

Hollywood Town Hall was the band’s 1991 major-label breakthrough, and it quickly established The Jayhawks as power players on the national alt-country scene. Tacked on to the end of the new reissue are five previously unavailable songs, each of which carries the trademark harmonies of Olson and Louris and which sound even more country-oriented than the ten tracks that originally went on to the record. Olson always cited the Flying Burrito Brothers as an influence and it is more evident than ever on songs like “Keith and Quentin” and “Up Above My Head.” It’s also very clear why these five were not selected for the album proper. None have the instant hummability of the rest of the material, the soaring choruses and transcendent harmonies for which the band has become famous. They’re interesting to hear from a fan’s perspective, however. And it must make Olson happy to get more stuff out there.