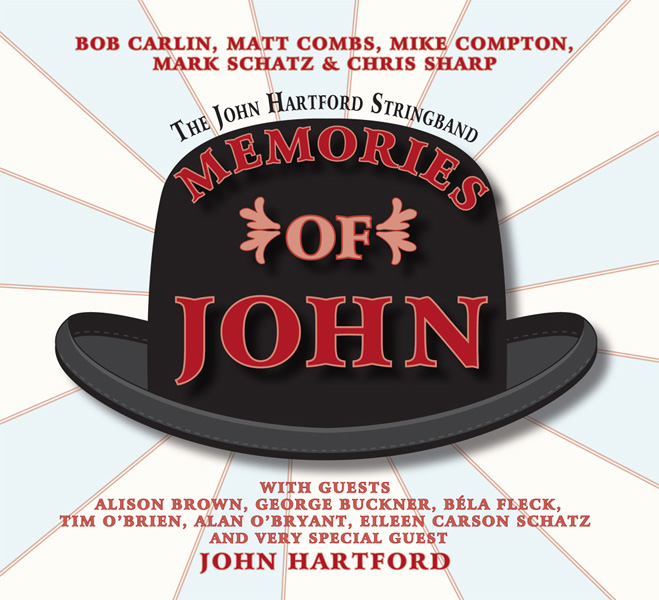 I wasn’t sure exactly what to expect when I first listened to this album. Hearing the late bluegrass great John Hartford’s voice on the opening track, I was sure that it was a rare recording of him. Not so. It was Matt Combs, who takes the fiddling duties on this disc, backed by Hartford’s great band. Combs does a fine job on the record of capturing Hartford’s spirit and phrasing without imitating.

That spirit continues through the album. The John Hartford String Band play in homage to Hartford, but the performances are original and fun. The record moves at a pace that will be familiar to old Hartford fans, from hot old-time fiddling, to well-written ballads, humorous tunes and waltzes. All but a few of the songs are original Hartford material, even including a few unreleased demo cuts from the’ 60s of Hartford picking, singing and whistling.

In addition to cameos by the captain of the steamboat himself, Bela Fleck, Alison Brown, Tim O’Brien, and others appear on the record, singing and playing tribute to their mentor and friend. Hartford fans will appreciate the humorous, tender, and sometimes whimsical and unpolished singing style of the band on songs like “Lorena”, “Bring Your Clothes Back Home”, and “Love Grown Cold”.

The record has the intimate feel of his live performances and the improvisational style of instrumental albums like Wild Hog in the Red Brush. You can feel the level of friendship and respect that the players had for Hartford, which gives the recordings an intimate feel.

Although a tribute album, the recordings stand on their own and are a valuable addition to the genre and a good listen.