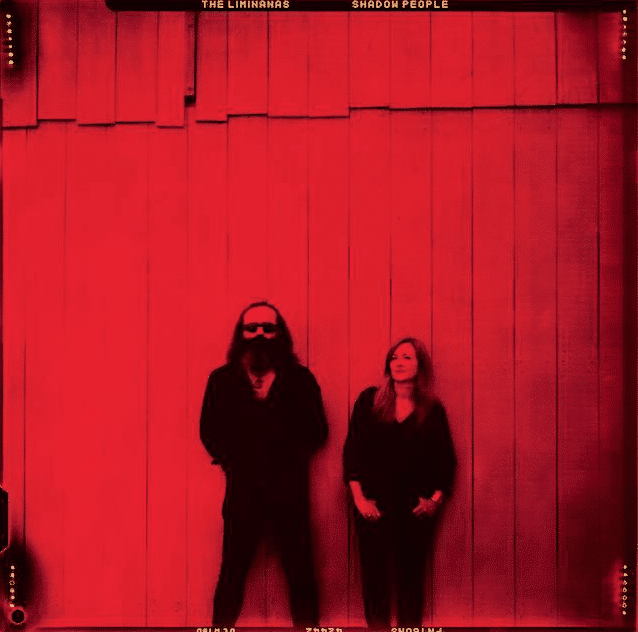 The Limiñanas
Shadow People
(Because Music)
Rating: 4 out of 5 stars

Few acts play so successfully with the juxtaposition of dark and light as France’s The Limiñanas. This married duo found its distinctive direction as early as the opening track on 2010’s auspiciously titled debut “The Darkside.” Five albums and seven years later, Shadow People continues the twosome’s lyrical and musical blueprint, heavy on the murky noir they have been perfecting on a batch of increasingly impressive if under the radar, especially in the States, works.

It’s a ravishing, sexy and entirely European sound, albeit one strongly influenced by American acts such as the Velvet Underground, Phil Spector and ‘60s girl groups. Add a splash of Jesus and Mary Chain, Ennio Morricone soundtracks, the Raveonettes and even early New Order (that band’s Peter Hook guested on a previous disc), then season with vocals in French, Italian and English for a decidedly artsy approach that never feels studied or pretentious.

The stripped-down lineup of Marie on drums and guitarist Lionel mirrors the White Stripes, yet The Limiñanas sound nothing like that Jack White-led outfit. Rather the French couple cooks up a cool, occasionally ominous and always intriguing groove by juxtaposing their musical touch points and adding plenty of overdubs. If a track doesn’t need vocals as in the opening, psychedelically slathered “Ouverture” and closing spaghetti Western-styled “De La Part Des Copains,” those remain as instrumentals. And if the song works better with just Lionel talking over a Spector-ized “Be My Baby” beat with his grizzled Lou Reed-styled growl on “Le Premer Jour,” or the murky thumping of “Dimanche,” that’s what happens. You won’t need to understand French to get sucked into The Limiñanas vortex of sound. It may be better if you don’t since that generates a more mysterious, enigmatic vibe.

The mood lightens slightly for the pop strains of the title track, one that could easily slot into Robyn Hitchcock’s catalog. And even though “The Gift” borrows its title from a VU tune, the approach is full-on New Order circa Power, Corruption & Lies. In contrast to Lionel’s gritty voice, Marie’s gossamer, often ghostly tone is the Britta to her husband’s Dean, another duo that this one borrows some inspirations from. There’s even room for a spiked, punked-out garage surf instrumental on “Motorizatti Marie.”

While the dizzying array of sounds The Limiñanas fuse into their splendidly unique final product might make it seem like the mess you get throwing these against the wall, it works unusually well. And at a relatively compact 40 minutes, you’ll find yourself wanting more of wherever this came from.