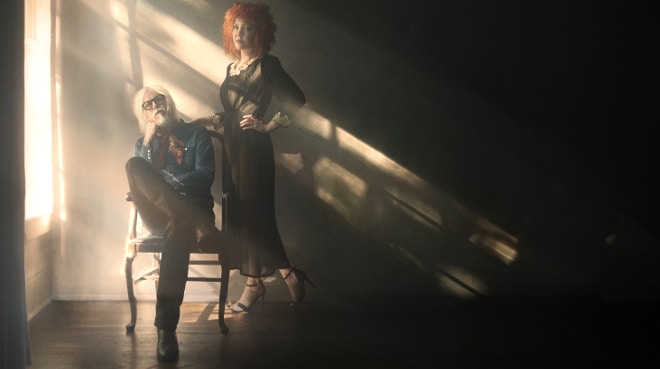 The Mastersons Announce New Album With Title Track, “No Time for Love Songs”

While declaring the opposite in its title, the lead single from ‘No Time for Love Songs’ is a groovy love song with a happy-go-lucky backdrop from The Mastersons.

Perhaps more famously known as part of Steve Earle’s band, the Dukes, singer-songwriters and multi-instrumentalists Chris Masterson and Eleanor Whitmore are releasing their fourth emotionally vivid, deeply humanistic collection of songs, which will be available March 6, 2020 on Red House Records.

Chris Masterson told American Songwriter that the whole of the new project can be summarized with this initial release.

“This is the title track that encompasses the heart of the message of this album,” he said. “Ironically it is a love song, and it leads with that, while calling attention to some of the perils we are facing, and playfully mocking clichés that are too often written about.

“This is the Cliff’s Notes song off the album, which urges us to lead with love as we’re finding ourselves at odds about how to solve some of the great problems facing our country and our planet.”

The album was recorded at L.A.’s legendary Sunset Sound Recorders with Shooter Jennings; the album was engineered and mixed by five-time Grammy Award-winning engineer, Ryan Freeland. Shooter had recruited The Mastersons to play on his albums Family Man (2012) and The Other Life (2013), and they’d recently reunited to work on Tanya Tucker’s acclaimed comeback album While I’m Livin‘, which Jennings co-produced with Brandi Carlile.

Whitmore said that the climate of the country inspired some of what went into the songwriting.

“When we set out to write this record we asked ourselves what we wanted to say in 2020 in what is arguably a pivotal time for our country,” she said. “A lot of us are facing the same struggles and fears and fundamentally are searching to meet the same needs for ourselves and our families. These things should unite us, but extreme rhetoric on both sides has pitted us against each other.

“If we can lead with kindness and empathy, there is a way forward.”

Several of the new songs are also influenced by the loss of friends and other loved ones, including Chris’ father, who passed away just after the release of the Mastersons’ 2014 album Good Luck Charm; friend and fellow musician Chris Porter; Austin musician and producer George Reiff, who played extensively with the Mastersons and produced their 2017 album Transient Lullaby. The pair also recently lost Dukes bassist Kelley Looney, with whom they toured and recorded for the past decade.

THE MASTERSONS ON TOUR