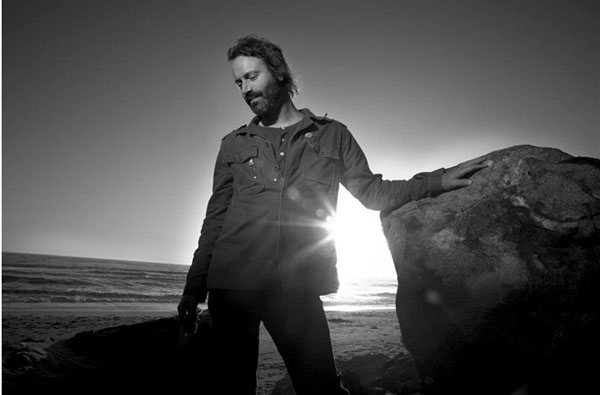 The Pinch Hitter: A Q&A With Neal Casal Catch Neal Casal at the right time — say, an early weekday morning during the middle of an East Coast tour — and he’ll happily talk your ear off, content to answer questions about his 20-year solo career, his stint with Ryan Adams & the Cardinals, and his favorite dive bars in Nashville. He’s a busy man, with a breezy new record (Sweeten the Distance, his tenth solo release) to promote and a hard-working band (the Chris Robinson Brotherhood, a spinoff of the Black Crowes) to tour with. Still, Casal is willing to slow down and take a break whenever the right opportunity presents itself. He stayed on the phone with us for more than 45 minutes earlier this spring, refusing to wrap things up until we admitted we were late for a business brunch. Honestly, we should’ve skipped the meal and kept the conversation going.

Did I just wake you up, or do you always do interviews at 9:00 in the morning?

I’m a surfer, so I keep surfer’s hours. Even if I stay up late to play a show, I’m usually up on the early side. The last time I slept until 11:00 in the morning was… I don’t know when it was, actually. The older I get, the less sleep I seem to need.

Given how many bands you’re juggling, those extra waking hours probably help. When someone asks you to join their touring lineup or play guitar on their album, what goes into your decision-making process?

I just try to keep my standards high, and I do my best to only involve myself with things that I feel a strong connection to. It’s as simple as that. I have a lot of great friends who are really, really talented, so I get to revolve between my own music and these other people’s music. It’s nothing calculated, you know? It’s just a process of trying to live in the flow and make the best decisions I can while life rolls around.

At the moment, I’m so fortunate. I have my own record that I’m really proud of, and I get to be part of the Chris Robinson Brotherhood, which is such an amazing thing to have happen to me. There’s a real high level of quality and creativity that goes down in that band. There’s a new Beachwood Sparks record coming out, and I played on that one, too. So between those three things alone — let alone the smaller projects i have going on — that’s a pretty fortunate life to be living. I’m just grateful for everything that’s going down, and I’m doing my best every day to keep these projects alive… to keep this musical life going.

I was talking with Butch Walker sometime in the past year or so. He’s a busy guy, too, and he produces a lot of albums for other artists, mostly as a way of earning enough money to fund his own albums. I don’t get the impression that you’re doing these projects to help raise money for your solo career, though. You seem to genuinely like wearing multiple hats.

I do. It’s funny that you mention Butch Walker, because he produced Gin Wigmore’s new record, and I played on her first one. But you’re right; I do genuinely like being involved in many different things. I find a little limiting to only do one project. It’s much more creative for me to play with this great group of friends I’ve made over the years.

It all comes down to one personal vision of how I want my life to be. I see it as a bigger community, as one big band. Whether I’m playing my music or someone else’s, it doesn’t really matter to me, as long as the stuff is good. It’s fine if I’m singing the song and someone else is backing me, and it’s also fine if another person — let’s say, Chris Robinson — is singing the song and I’m backing him. I just want to be involved with great things.

My worldview regarding music has expanded from where it began. It began with me focusing on my own songs and my own records, and it grew into something larger, something more inclusive. Working on someone else’s project always brings a lot of inspiration and new ideas to my own music, and since I make my own records and act as my own frontman, I can bring those talents to other groups I work with. When I’m playing with someone else, I try to be the person I’ve been looking for in my own group. I may have a little more insight into what another singer might need, since I’m a singer, too. I find it all really interesting and inclusive and communal and circular. My life in music has taken on this circular shape rather than a narrow, straight line.

Speaking of the whole circular thing, Ryan Adams is one of my favorite songwriters, but I didn’t come across your music as a result of your connection with him. I remember picking up Anytime Tomorrow at a record store 12 years ago, simply because I liked the cover and someone at the store told me it sounded sorta like Tom Petty. It wasn’t until years later that I heard you’d joined the Cardinals, too, which helped me rediscover your solo stuff all over again.

You know, it’s amazing where records end up and how people make connections to them. You make records and you never know who’s gonna hear them. I’m always surprised by who hears something, how they discovered it, and what kind of anecdotes they want to share about it. Those memories can be 12 years old, but you just remember that little moment and it sticks with you. I love that. I love that about music. I love meeting a person I respect and getting to tell them about the first time I connected with their music, and vice versa.

Working with people like Ryan and Chris, I’m sure there’s a good deal of mutual admiration going on, too.

Oh yeah, certainly. That’s how Ryan and I connected. We were fans of each other, basically. We kinda knew one another from the same scene, back in the mid- to late-’90s, and that mutual respect eventually lead to us playing in a band together. It wasn’t an arranged audition or anything, you know? I knew his material, he knew mine, and it was a similar story to the one you just shared. He’d heard my songs at a certain point, and felt a certain way about them, and I felt the same way about his.

The Cardinals were such an incredible band, especially the lineup from 2006 and 2007. What was it like to be on the inside of that group?

Well, I know I’m preaching to the choir when I say what an extraordinary talent Ryan is. To be on the inside of that project with him was every bit as fascinating and inspiring as it was to be a fan on the outside of it. It was the same thing, really. Nothing changed for me; I walked out of that band with the same amount of respect for him — or more — as I had going in. Often times when i was in the band, even though I was deeply involved with it — at the center of it, I guess — I still felt like I had a fan’s perspective, too. I was appreciating it in the same way as a fan would, and I felt fortunate to be there.

I think that comes through in the photographs you took for “A View of Other Windows,” too. You’re on the inside, but you’re also documenting the band like an outsider would.

Yeah, it’s a strange dual-reality of being completely at the center of something, yet just a half a step removed from it, too — enough to be able to take an insightful photo, or to come away from it with some balanced perspective on the whole thing. In that way, with the Cardinals, I was always shooting from something of a fan’s perspective and I was always participating from that place as well. I don’t know… I think that perspective helped me made a bigger, a more valuable contribution to the band.

It really was a great lineup, though. For a couple years there, man, we were on fire. We really were. We were playing some amazing shows and running through Ryan’s entire catalog, just burning those songs to the ground. We really felt confident for awhile. We had a lot of synergy, we were all really connected, and everyone believed in it. We were firing on all cylinders. It was a great thing to be a part of.

0
“For me, I think the hardest part was transposing parts from guitar to synth.”
Read more