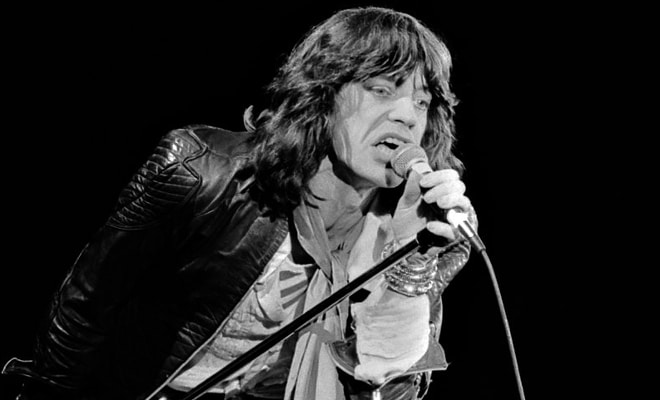 Behind the Song: The Rolling Stones, “You Can’t Always Get What You Want”

Fifty years ago this past December, the Rolling Stones solidified the bluesy rebirth they had begun on Beggars Banquet with Let It Bleed. It was an album which found them in transition, with Brian Jones playing on a few tracks and his replacement Mick Taylor doing so as well. Many guest stars also contributed, but it was really an album that Mick Jagger and Keith Richards willed into existence amidst some typical band chaos.

Tumult and turmoil are evident throughout the album, beginning with the apocalyptic “Gimme Shelter” and continuing through fierce, tense tracks like “Live With Me,” “Midnight Rambler” and “Monkey Man.” The closing track, “You Can’t Always Get What You Want,” tries to make sense of it all, and it turned out somewhat more ambivalent yet no less anthemic than those other songs.

It’s also notable that the song tacked on to the end of a decade where much of the younger generation’s idealism had ended in frustration and disillusion. Mick Jagger was the song’s primary writer, and if he was trying to sum up the zeitgeist, well, he’s far too coy to cop to it. But it’s undeniable that “You Can’t Always Get What You Want” tapped into the same vein as other decade-ending songs like “Bridge Over Troubled Water” or “Let It Be” in that it served as a balm of sorts for wounded hearts and souls.

As it was an album-ender, the Stones decided that they would pull out all the musical stops, beginning with a quite moving rendition of the song’s first verse and chorus by the London Bach Choir. After Al Kooper’s mournful French Horn, Jagger comes on and repeats those opening lines, only after the choir, he sounds somehow lonelier than he otherwise might have.

But the Stones weren’t content to let it be an acoustic lament. They eventually kicked into a loose-limbed groove. When Charlie Watts couldn’t quite find that groove, producer Jimmy Miller, who is also immortalized in Jagger’s lyrics as “Mr. Jimmy,” took over on drums with crucial percussion embellishments coming from Rocky Dijon on tambourine, congas and maracas.

Jagger puts his narrator is a series of mundane situations that somehow spin off into the surreal. At a society reception, he meets a woman waiting to score drugs with an ineffectual “footloose man” tethered to her side. Speaking of ineffectual, the crowd at the demonstration promising, “we’re going to vent our frustration/ If we don’t, we’re going to blow a 50-amp fuse” doesn’t realize how little their histrionics will ultimately change.

In the third verse, Jagger, running an errand for someone “to get your prescription filled” runs into “Mr. Jimmy,” who seems to be a victim of the decade’s excess: “And, man, did he look pretty ill.” After sharing a soda, the narrator sings him a song and gets the cryptic response “dead” in return, the song again scraping the dark side without quite succumbing to it.

Indeed, “You Can’t Always Get What You Want” could have been rendered in a much melancholier fashion. But the music, if anything, strives for more and more uplift as it progresses, especially in a break featuring Kooper’s gospel piano fills leading into the return of the choir, as Jagger testifies with some whoops and hollers.

In the final verse, he returns to the reception, which has now taken a turn for the macabre, the socialite with “blood-stained hands” trying to hide the fact that she has disposed of her hanger-on. “She was practiced at the art of deception,” Jagger sings, and it’s hard to tell from his delivery if he is impressed or horrified.

From the song’s onset, the chorus acts as the leavening mechanism to all of these downbeat slices of life. “You can’t always get what you want/ But if try sometimes, you might find/ You get what you need.” The wisdom of those lyrics is quite stunning, all the more so because of how matter-of-factly Jagger tosses them off.

Indeed, no matter what era you encounter them, they tend to make sense on a personal level. Many of us go wildly awry in search of some personal achievement that is only bound to bring heartbreak. The chorus suggests that there is no shame in settling. If anything, it might be the path to true contentment.

It was not lost on people that the man who once sang “(I Can’t Get No) Satisfaction” had now come to the conclusion that “You Can’t Always Get What You Want.” When Jagger was confronted with this, he referenced the different perspective in the lyrics as being the key. “Now you also can’t get what you want,” he said at the time of the song’s release. “The same goes for me. I’m saying the same thing as when I said, ‘I can’t get no satisfaction,’ only articulated differently.”

Articulated differently and quite poignantly as a matter of fact. “You Can’t Always Get You Want” remains the Rolling Stones song most likely to provide solace when your goals outstrip your reach.

0
From Cole Porter to Sinatra to "Danny Boy," "Over The Rainbow," "Ave Maria" and Beyond He’s...
Read more
Behind The Song

0
At the dawn of 1980, Devo found itself facing an uncertain future. Although they had developed a rabid cult following for their...
Read more
Best New Music

Parsonsfield Find Their Happy Union on New Single “Til I Die”

0
In the weeks leading up to Chris Freeman’s wedding, there was a lot of reflection. The reality of life hit him hard....
Read more