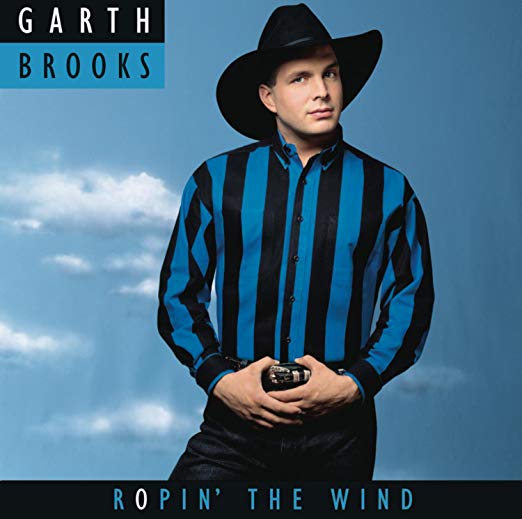 The Story Behind the Song: Victoria Shaw & Garth Brooks, “The River”

“The River” – An Interview with Victoria Shaw

Walk us through a typical day in the life of Victoria Shaw?

There really is NO typical day in my life… but here are the basics.   I am now an empty nester so my days of 6am alarms are few and far.  These days I get up around 7.  Before I get out of bed I check my phone for emails and the latest Spotify numbers on my new artist Cooper Alan.  After that I make out with my dog (he’s a Chihuahua mix) and finally get up to start the day.  I love the morning before it all gets crazy.  My favorite thing is breakfast and reading the paper.   Nowadays I write about two or three days a week.  The rest of the time I’m either working with Cooper Alan in production, meetings, phone calls…you name it.  In addition to doing that, my new TV show “Songwriters Under the Covers with Victoria Shaw” just debuted on the new All Arts channel (in assoc with PBS) so I’m usually on the phone with my producer/director Brad Fuss daily because we just got picked up for a second season and there’s a lot that goes into preproduction.  There is always some kind of industry event happening almost every night here in Nashville, but I probably only go to one a week if I can help it! Ha!  During CMA week I’m out every freakin’ night and I’m very cranky by the end of the week.

When and where did you and Garth write “The River?”

Garth and I wrote “The River” in my little house in East Nashville on McCarn St.  My roommate wasn’t home that afternoon.  I used to share a house with Jess Leary who went on to write hits like “Where the Green Grass Grows” and “Mi Via Loca.”  Back then we were just trying to get noticed.   Anyway, Garth came over and we tried to come up with an idea to write and nothing was happening.  We just had one bad idea after another.  Finally Garth said, “Let’s just take a break.  Put some music on. What are you into lately?”  I told him I had just bought the newest James Taylor album (That’s Why I’m Here) and so I put it on.  Sometimes playing music frees your mind up to go other places that have nothing to do with what you’re listening to and that’s exactly what happened.  After a few minutes Garth said, “I got it!  Turn it off.”  I turned off the CD and Garth started playing the first few lines on the guitar of “The River.”  It just started flowing (pun intended).  After that, the song came pretty quickly.  Maybe two hours?  It was fast not counting the two hours before of bad ideas.

That song summed up exactly what Garth and I were feeling.  We both wanted success so badly though I have to say, he saw it even clearer than I did.  He KNEW he was going to play arenas some day.  I just thought he was delusional because nobody had done that in country music and it seemed way too ambitious.  Ha!  A few years later I had the pleasure of being Garth’s opening act at his historic Central Park concert where I got to witness one million fans waving their lighters and singing OUR song!

What has your overall experience been like collaborating with Garth?

Garth is a great songwriter. He’s very creative musically and lyrically, but will also LISTEN to your suggestions.   It’s funny though…when Garth and I write, it comes out more folky than anything else I’ve written.  I think it’s that James Taylor vibe we kinda tune into when we’re together.

To this day, people stop me at my shows or wherever to tell me how much “The River” means or meant to them at some particular time in their lives.  People play it at funerals, graduations, and one person told me it was the song they kept playing in their car as they were leaving their job and their hometown and seeking a new adventure.  That story stands out with me.

In general I like all the editing to happen before we call it quits.  I don’t tinker much with a song after I write it, but then again I don’t like to leave the room till I feel 100% satisfied.  It’s not a hard fast rule, but 99% of the time that’s how it is for me.  Garth might tinker a bit once in a while, but in regards to “The River” what you hear is what happened in my living room on that day.  No changes.  What I do remember debating is whether “vessel” was the right word.  I thought it sounded weird.  Garth loved it and felt extremely strong about it being “vessel.”  At the end of the day I decided to trust his instincts.  I found out years later that his manager Bob Doyle also tried to talk him out of that word.  Now “vessel” is my FAVORITE word.  It helped me pay for my kid’s education!

Garth did a worktape demo. I think he did it at Kent Blazy’s house.  It’s a very simple demo with that shaker thing in the background and just acoustic guitar. The feel of the whole thing is very close to how he produced it on the record just a little bigger. Garth originally told me it was going to be on his second album No Fences, and I was thrilled because his first album had been a big success.  A few months later he called and told me that unfortunately,  it was not going to make the album because they tried to record it, but it just didn’t capture the song the way they wanted.  Obviously, I was completely bummed and figured there went my chance of being on a Garth Brooks record.   Then a year later he called me to say this time they nailed the production and it was going to be on his Ropin’ the Wind album.  It all worked out for the best because “The River” is over 4 minutes long and at that point Garth was GOD and could put out any length of song and people actually LISTENED and loved it.  They loved the message.

You’d have to ask Garth that.  I personally think there was no bigger cheerleader than Garth.  Again, it took balls to put out a song over 4 minutes on country radio, but Garth just knew that song was important to him and he felt people would relate.

I’m not sure how much I enjoy writing them as much as I enjoy having written them!  Well, maybe that sounds a little harsh.  I LOVE when I’m in a room with great writers who not only are masters of their craft, but also great people.  That’s when it doesn’t feel like work.  It feels like you’re doing a puzzle with a friend—laughing and creating or going super deep and creating.  I love that. I really do.  Then of course there’s also … “Other people.” Ha!

3
The Story Behind the Song: "Change the World" Written by Gordon Kennedy, Tommy Sims, Wayne Kirkpatrick Recorded by Eric Clapton A Q&A with Gordon Kennedy When and where...
Read more
Home Featured Post

The Story Behind The Song: Mondo Cozmo, “Come On”

The Story Behind the Song: Bonnie McKee, “American Girl”