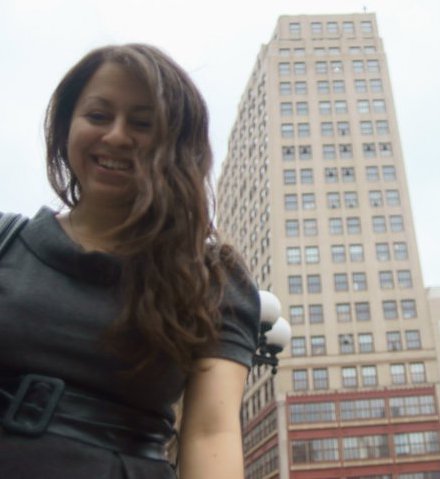 Tina began covering music professionally in the ’90s as a reporter for the Village Voice in New York. A journalist for more than two decades, she has worked as staff editor and freelance writer covering entertainment, art, pop culture, food, wine, spirits, health, travel and more. Throughout it all, music has always been a constant in her life… and work. Her words have appeared in Billboard, Men’s Journal, Wine Spectator, and other local and national newspapers, magazines, and online publications. Based in New York City, Tina is currently working on her first book and can be found at @tbeves on Instagram.​

First gaining attention by posting covers of his songs on YouTube and other social media platforms when he was 14 years old, Canadian singer and songwriter Shawn Mendes already had a following well before releasing his full-length debut, Handwritten, in 2015. In a span of five years, Mendes skyrocketed into pop stardom. After releasing his More

In the third episode of the HBO zombie series Last of Us, characters Nick Offerman (Bill) and Frank (Murray Bartlett) share a moment where they play Linda Ronstadt’s “Long, Long Time.” After the episode aired, Ronstadt’s 1970 hit had a 4,900 percent increase in streams on Spotify, alone. “On Sunday, January 29th, between 11 p.m. More

The Story (and Fistfight) Behind the ‘Laverne & Shirley’ Theme Song

Creator of television hits Happy Days, The Odd Couple, Mork & Mindy, and films like Beaches, Pretty Woman, The Flamingo Kid, and The Princess Diaries, nearly every television show and movie that Garry Marshall touched became a hit, including the story of two young women, Laverne & Shirley, who would be the center of his More

For the first time in 40 years, The Who headlined Wembley Stadium in London on July 6, 2019. The concert, the band’s only U.K. date on their Moving On Tour, featured The Who accompanied by an orchestra of more than 50 performers. That concert will be available on CD and vinyl on March 31. Released as More

The voice that gave Motown Records its first hit with “Money (That’s What I Want),” Barrett Strong, died on January 29 in Detroit. He was 81. His death was confirmed by Motown founder Berry Gordy. No cause of death was revealed. “I am saddened to hear of the passing of Barrett Strong, one of my More

Following her fourth album Castles in 2018, a piano-led retrospective of her song covers on 2019 release When I’m Alone, and an inescapable lockdown around the pandemic, Lissie retreated to her farm in Iowa. Settling back into a newer semblance of life during an uncertain time in the world while coping with an upending breakup, she More

Born January 17, 1955, in Virginia and raised in San Antonio, Texas, Steve Earle was searching for music by his teens. Eventually dropping out of school, at one point, the young Earle ran away in search of his hero, the late Townes Van Zandt (1944-1997), who he eventually did find and meet. (Earle later released More

In 1988, the British rock band The La’s released “There She Goes.” Written by the band’s singer Lee Mavers, the song’s meaning was believed to be an ode to drugs, heroin in particular—There she blows again / Pulsing through my veins / And I just can’t contain / This feeling that remains. Rereleased again in More

By the late 1990s, Lisa Marie Presley started breaking out as an artist and showed off her vocals in a posthumous duet with her father, Elvis (1935-1977), as a tribute to him 20 years after his death. Over the next two decades, Lisa Marie would continue the tradition of releasing more of these duets to More

Behind the Band Name: The Bangles

As a trio in 1981, singer Susanna Hoffs and sisters Vicki Peterson (guitar) and Debbi Peterson (drums) called themselves the Colours. Shortly after the band renamed themselves the Bangs. Paisley Underground The Bangs were part of the Paisley Underground scene of the early to mid-’80s, generated from the psychedelic haze of bands like the Byrds More

Tom Verlaine, singer, songwriter, and guitarist of the iconic rock band Television died on Jan. 28 in New York City. He was 73. Verlaine’s death was revealed by Jesse Paris Smith, daughter of his longtime collaborator and friend artist Patti Smith. A cause of death was not revealed, but Verlaine reportedly died following a “brief More

Patrick Wolf Seeks the Black and the Light on “Nowhere Game”

The melody first came to him while he was in Crimea. After watching a storm brew from the beach, while on his way back home to London, Patrick Wolf started reworking that visual imprint into a sound. Later revisiting the melody he documented and archived away years earlier, the developing song transformed into a more More