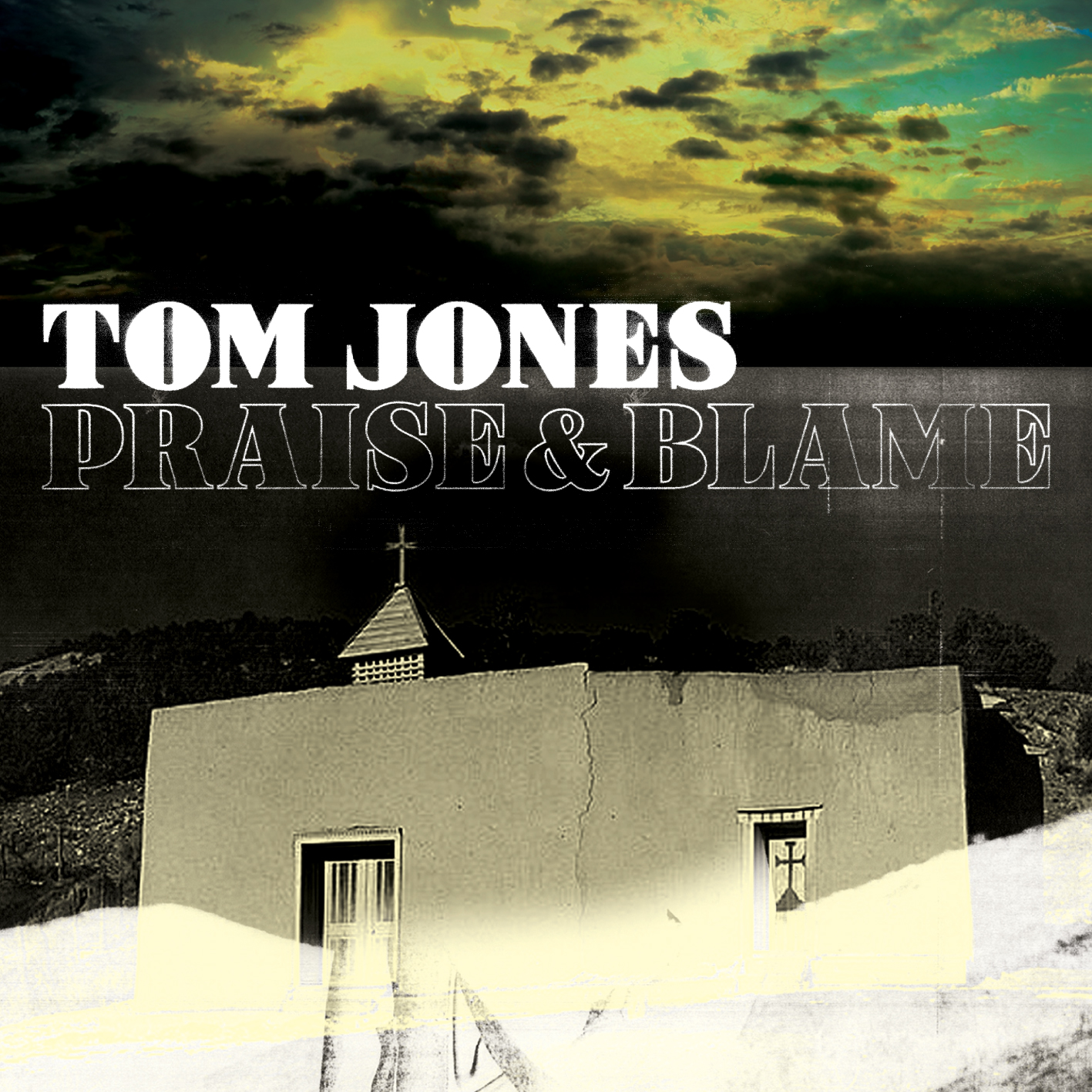 It may seem a little weird to compare Tom Jones to Johnny Cash. But about ten seconds into Jones’s new Praise and Blame CD, that comparison just happens. On this excellent collection of songs examining the human condition, Jones confronts the issues of heaven and hell in a way that Cash did for much of his life, especially toward the end of it. That’s the first basis for comparison. The second basis is that, on this album, Jones and producer Ethan Johns (Kings of Leon, Ray LaMontagne) have discovered what producer Rick Rubin figured out with Cash’s American recordings, which is that less really is more. While Praise and Blame is more produced than the drumless Cash series, Johns (himself the guitar player) and Jones have stripped it down to a small group setting instead of the often hyperbolic productions that were Jones’s hallmark for years. Songs like Bob Dylan’s “What Good Am I,” Billy Joe Shaver’s “If I Give My Soul” and John Lee Hooker’s “Burning Hell” are just three of the excellent song choices on this CD that examine the life and post-life choices that we all deal with, especially as we get closer to Jones’s age (he’s 70 now, and looks as good as ever). And the final Cash comparison comes with Jones’s powerful version of “Run On,” the traditional folk spiritual that Cash cut under the title “God’s Gonna Cut You Down” on the posthumous American V recording. While Jones’s version is influenced by Chicago blues and Cash’s was acoustic guitar with an anvil sample, both performances are delivered from the gut and don’t disappear from the jukebox of the brain very soon. A lot of guys his age might seem desperate, making an album with a producer whose work is usually aimed at the college crowd. But Jones manages to sound just as current as Johns’s other clients, and could teach most of them a thing or two vocally. Jones hasn’t been this vital since he screamed “why, why, why” at Delilah over three decades ago. And with guest artists like ’60s organmeister Booker T. and Americana legends Gillian Welch and Dave Rawlings, Jones and Johns have made a real statement in the same way that Rubin, and of course T Bone Burnett, do almost every time they produce an album. That statement is that the same people who set the bar decades ago for so many of today’s acts to measure up to are still making a lot of today’s best music. Praise and Blame raises that bar just a little higher.