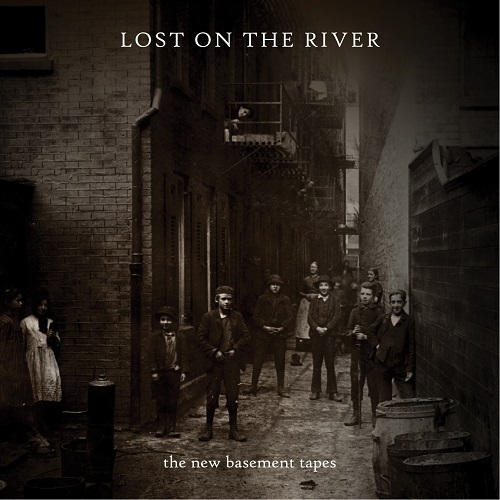 Track Review: The New Basement Tapes, “Nothing To It”

Lost On the River – “Nothing To It”

Back in 1998, Wilco and Billy Bragg had the rare opportunity to turn some long-lost Woody Guthrie lyrics into a newly recorded set of songs, and the resulting album, Mermaid Avenue, became one of the most celebrated albums in the ‘90s. Indeed, a lot of that acclaim was a result of the talent interpreting the material, though there was something magical about the project — a legend being resurrected — that felt different than the average supergroup.

Lost on the River: The New Basement Tapes is a project born of a similar concept; as hinted at in the title, the collaborative album — which features Elvis Costello, Jim James and members of Dawes, Mumford & Sons and Carolina Chocolate Drops — is based around a set of newly discovered handwritten Bob Dylan lyrics from 1967. The first song to be released from the album, “Nothing To It” is a fun and easy-going introduction to the project. Driven by some breezy piano chords, a slight touch of psychedelic guitar and James’ emotional vocals, the track recalls John Lennon more than Dylan, though that only makes the whole thing all the more interesting. It wouldn’t be all that fun if they tried to match Dylan’s style as closely as possible. Instead, Lost In the River (if that’s really what the band is going by — that much is a little fuzzy) do something deserving of greater applause. They’re using Dylan’s lyrics as a launching pad for creating something new.