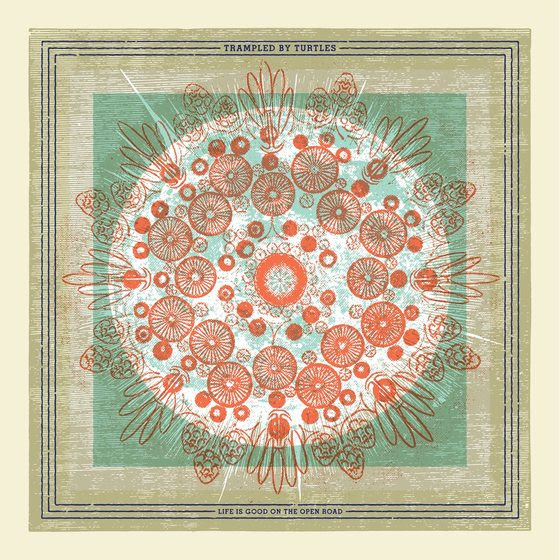 On May 4, Trampled by Turtles will release its first full length album in four years, titled Life is Good on the Open Road. Along with this announcement, the band dropped its newest single, “Kelly’s Bar,” and revealed upcoming tour dates.

Last fall, the band reunited at a cabin in Minnesota where inspiration struck and work on new songs began.

“I think a little break was really good,” said Simonett. “I started to miss the guys, and playing music with them. I think everybody kind of felt that way after we got some space, so it was really healthy. We were like, hey, we should make a record — and the feeling was really casual and there was no pressure at all. We were able to do it in a way that kind of felt like 15 years ago.”

Their spring tour will start in St. Paul, Minnesota and take the band across the country to venues like Nashville’s Ryman Auditorium and Colorado’s Red Rocks Amphitheater.

Listen to “Kelly’s Bar” below and check out more tour dates.