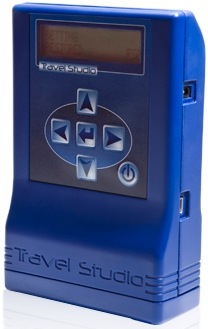 TravelStudio, the first product released by Prime Audio, Inc., is a do-it-all recording and effects device. Much like the recently-reviewed Boss eBand, the TravelStudio provides an impressive amount of applications within a small box.

Starting off, the device is most reminiscent of a DAW interface, although it does not plug directly into your computer to record. (You’d need to output the signal to a mixer or interface to do that.) Interestingly enough, the name “travel studio” is somewhat misleading. Unlike the many digital recorder products on the market today, TravelStudio does not have a recording feature on its own. Though with many more features than a typical i/o box, TravelStudio does not really fit into the interface category either.

For a performing songwriter or musician, the most interesting application for TravelStudio would be as a small mixer-cum-effects unit for a live setting. With both a XLR mic input and a 1/4” TRS guitar input, you’ve got two live channels to work with: perfect for singer-songwriter gigs. Mount TravelStudio to your mic stand and hook up the restaurant or coffee shop’s PA. You can even add backing tracks to your set by plugging an iPod or audio device into the 3.5 mm TRS stereo input. And, wildly enough, if plugging TravelStudio into the room’s PA is not an option, just broadcast the signal to the room’s stereo using the FM transmitter! (Although I wouldn’t necessarily rely on this application; when I tested it, reception was spotty.)

Back to using the product for recording: a great advantage to TravelStudio over similar devices is the gang of onboard effects that come in the box. You’ve got lots of DSP effects like reverb, delay and chorus; add compressor and EQ and there’s also an amp simulator and distortion. Each input can be mixed separately and the whole range of effects seem faithful enough to analog sounds, if not quite up to snuff with the very high-end DSP products and modeling software on the market.

TravelStudio comes with eight presets, with suggested settings such as “Vocal With Audio Setup,” “Vocal & Instr With Line Out,” “Instrument with Distortion,” and these come in handy when you’re getting started with the all the box’s features. Once you are more familiar with the options, you can create eight of your own user setups. TravelStudio will run either on 4 AA batteries or a 6 Volt DC External Power Supply and has 28V phantom power to boot. There remain even more features than I can name in this space, so you’re best advised to check out the product yourself and find which applications work best for your needs. 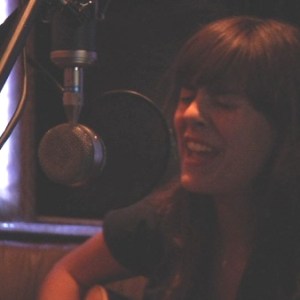 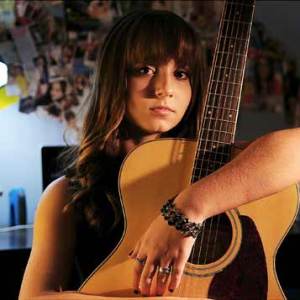