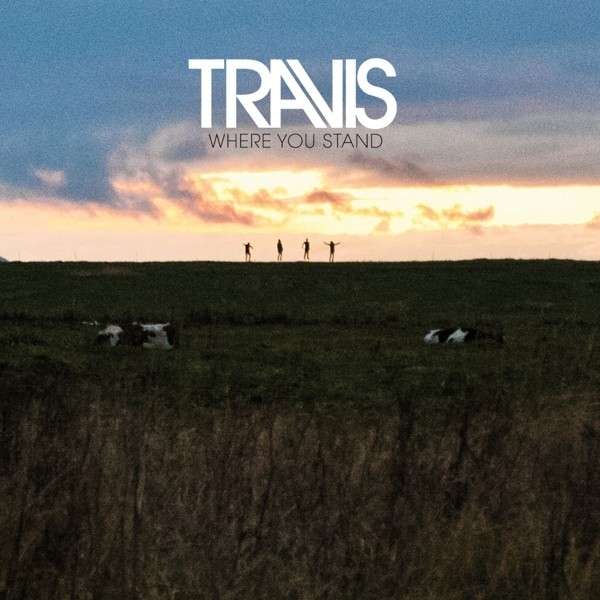 Travis: Where You Stand Travis
Where You Stand
(Red Telephone Box)
Rating: 3.5 out of 5 stars

These Scottish cinematic pop-rocker’s five year break between albums may seem like a long time to American listeners, especially since the group never broke big in the US, at least compared to Coldplay, whose similar style and sound is often linked to Travis’.

For those tuned into the Travis vibe of spacious songs enhanced by singer Fran Healy’s dialed down Bono vocals, Where You Stand is another quality release with a better than average hit to miss ratio. As usual, each track is meant to make a statement with a capitol “s,” yet considering the band’s previous arena reach history, these songs are remarkably subtle. A lesser act might ramp up the reverb and widescreen sound but Travis lets these soaring melodies do the heavy lifting. Perhaps it was their long layoff or after releasing albums that reached for the back rows since 1997, Travis has matured enough to realize that less is more. That’s especially true of the low key “Another Guy” with its metronomic drums, circular guitar riff and Healy’s nearly whispered vocals as he confronts his girlfriend’s infidelity. On “New Shoes,” scaled down electronics provide a cool, ghostly bed related to but far less melancholy than Travis hits such as the lovely “Waiting to Reach You” or “Why Does it Always Rain On Me,” both nearly 15 years old.

The band still toils away predominantly in the lost love and dashed hopes ballad department yet, now older and wiser, the performances, lyrics and singing are so convincing that the subject matter never seems stale or droopy. A few more upbeat tracks would have helped lighten the heavily melancholy mood. But considering that Travis once sang about being “Tied to the 90s,” Where You Stand is a welcome, beautifully crafted and timeless return.