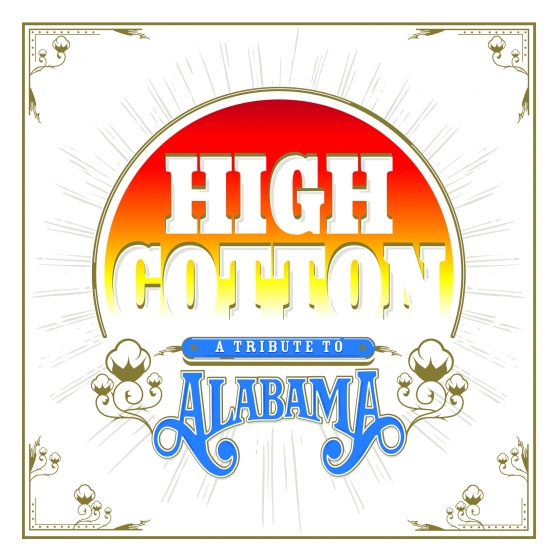 Back in the day, Alabama were never taken very seriously by the rock crowd, even though their massive accumulation of country chart toppers won them some credence with pop purists. So with the band’s comeback tour underway, it’s appropriate — and hell, about time really — that the alt-country contingent give the group their due. With High Cotton, they finally do.

Because only a few of the participants in this timely tribute qualify as A-listers (the most notable being the Blind Boys of Alabama, Old Crow Medicine Show and John Paul White of the Civil Wars pairing with Jason Isbell) there’s little chance for any stars to overshadow the songs. Still, recruiting Jason Boland and the Stragglers for a cover of “Mountain Music” and the Turnpike Troubadours to tackle a rousing read of “If You’re Gonna Play in Texas (You Gotta have a Fiddle in the Band)” would seem something of a no-brainer. Likewise, JD McPherson, Lucero and T. Hardy Morris serve up admirable takes of “Why Lady Why,” “The Closer You Get” and “High Cotton,” respectively, providing the same mix of reverence and revery along with the singular spirit of the originals. Even with Amanda Shires infusing some tearstained sentiment in her read of the bittersweet ballad “I Can’t Love You Any Less,” her feminine perspective helps broaden its appeal.

Happily, the highlights don’t end there. The combination of Todd Snider and Elizabeth Cook duetting on “Feels So Right” evokes all the emotion the song title suggests. Even the comical deep-throated spoken narrative that intros Ray Benson and Bob Schneider’s “Lay Down on Love” is more hoot than ham. Still, the best of the set falls to Blind Boys of Alabama’s heartfelt read of “Christmas in Dixie,” a take that may well establish the song as a holiday standard that can be listened to all year round.

Ultimately, High Cotton serves as a perfect primer for those who may have shunned Alabama the first time around. No given reason to check out the original renditions, it ought to become clear that this band wasn’t just whistling Dixie.