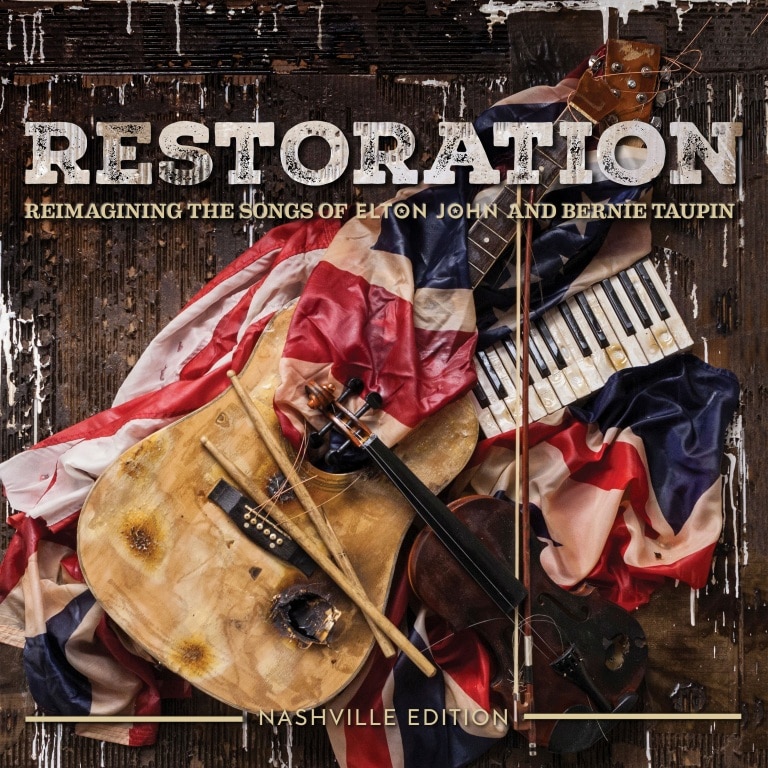 The concept of inviting high profile rootsy singer-songwriters and letting them loose on songs from the bulging and forever fertile Elton John/Bernie Taupin catalog seems like a no-brainer. After all, John and Taupin have been influenced by American C&W since at least back to 1970’s Tumbleweed Connection. That classic famously included the sweet “Country Comfort” (conspicuous in its absence here), their ode to bucolic simplicity bolstered by strummy guitars and even pedal steel. So far, so rustic.

Add the indisputable talents of Willie Nelson, Rosanne Cash, Emmylou Harris, Chris Stapleton, Miranda Lambert and a handful of other Americana A-listers, along with production by the estimable Dave Cobb, John Leventhal and Frank Liddell and what could go wrong?

As it turns out, plenty.

The problems start early with Little Big Town’s opening slick, hammy, harmony heavy “Rocket Man” that’s further from organic than John’s. Maren Morris doesn’t do more with the following “Mona Lisas and Mad Hatters” than slap her voice over an arrangement that mirrors the original and the enticing combination of Don Henley with Vince Gill on “Sacrifice” feels aloof and over produced, but on a song they dug deeper to find. The Brothers Osborne rock out mightily on “Take Me to the Pilot” yet don’t do anything special with the overall approach other than infuse some superficial twangy guitar.

It takes until halfway into the album for the project to finally click as the always dependable Lee Ann Womack brings mandolin, accordion and acoustic slide guitar, along with her pure voice, to a tough, earthy “Honky Cat,” a song custom made for this set and the one most altered to shift towards the country model.

Things improve markedly afterwards with Kacey Musgraves’ sweet, tender “Roy Rogers,” a seldom anthologized deep track from Goodbye Yellow Brick Road. Ditto for a terrific bluegrass slant on the obscure “Please” with Rhonda Vincent’s mandolin and Dolly Parton’s distinctive voice impressively dragging John’s adult pop tune to the backwoods. Miley Cyrus adds some tough Nashville sass to a more than credible “The Bitch is Back” with banjo, fiddle and pedal steel (although not the intrusive, unnecessary horns). And even though there isn’t much Wild West in “This Train Don’t Stop Here Anymore,” it’s impossible not to be moved by the can’t-miss combination of Rosanne Cash and Emmylou Harris’ voices both solo and in harmony.

Willie Nelson’s closing spare, stark “Border Song” ends the album on a poignant note with Willie sounding weaker and frailer than on his recent release, turning in a sensitive performance.

Overall this is, perhaps not surprisingly, a mixed bag with enough impressive, even stirring moments to make it a moderately recommended listen, albeit one that too seldom validates its intent of bringing homespun country grit to the John/Taupin songbook.

Al Bell: Still On The Line

0
Crisp French cuffs peek out from Al Bell’s suit-jacket sleeves as he rests his long hands on his knees, balancing his nearly...
Read more
Features

0
For a singer with such a big brassy voice and over-the-top demeanor, Tami Neilson is surprisingly down to earth. A Canadian expatriate...
Read more