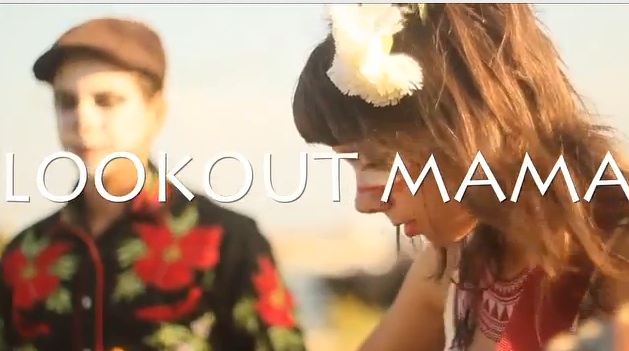 Video Premiere: Hurray For The Riff Raff, “Look Out Mama” Check out the latest video from New Orleans Folk/Americana outfitHurray For the Riff Raff. The song hails from their new album Look Out Mama (out May 1), which was recorded in Nashville and produced by Andrija Tokic (Alabama Shakes).

“‘Look Out Mama’ was my attempt at writing a happy song,” says vocalist Alynda Lee Segarra.”I wanted to write something that had a good groove and gave people the feeling of a homecoming. When we recorded it the group had only played it one time through, I kinda kept the song secret in my back pocket for a while. I think you can tell we had a good time with it and were still figuring some things out. I like recordings like that.”

The video was filmed during the Day Of The Dead festival in New Orleans, an occasion Segarra considers sacred. “A lot of folks in New Orleans have a sight into two worlds, the living and the dead. On this day those worlds blend like watercolor and we parade down to the River at night to reconnect with our lost loved ones. Yosi and I got together by the Mississippi in the afternoon to play a tune or two and get into the mindset of that special day. I have a feeling we had an audience besides the film crew.”