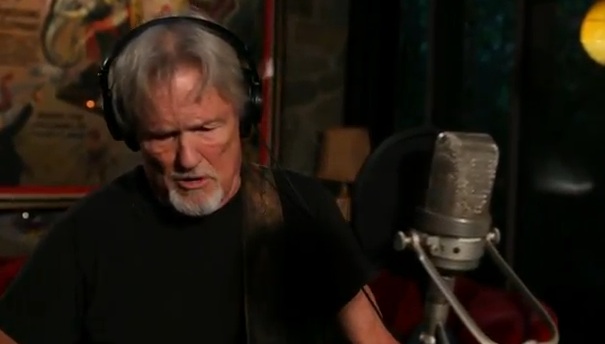 We’re thrilled to premiere this video of the legendary Kris Kristofferson singing Bob Dylan’s “Quinn The Eskimo (The Mighty Quinn)” — arguably the best song to emerge from 1970’s Self Portrait. The cover is one of the many highlights on the album Chimes of Freedom: The Songs of Bob Dylan Honoring 50 Years of Amnesty International, which hits stores January 24.

“Dylan changed songwriting to a place where we could all be proud of it, and I feel a real debt of gratitude to him,” Kristofferson tells American Songwriter. “My heroes Johnny Cash, Willie Nelson, Merle Haggard, they all ended up being my friends, and we were all helped and influenced by Dylan. He opened up songwriting and turned it into a form of poetry.”