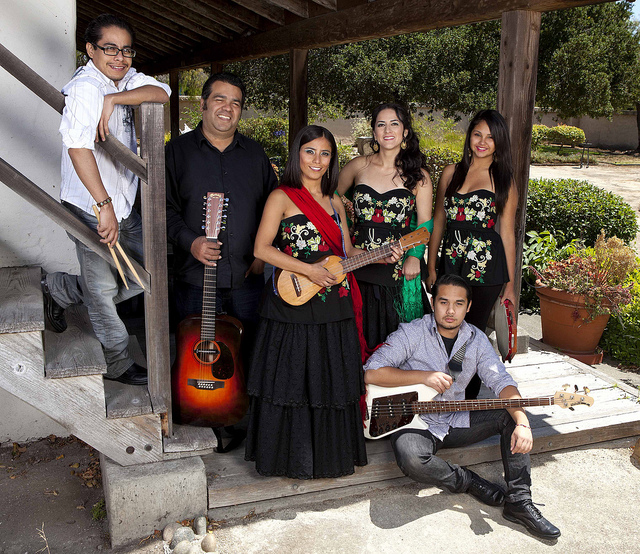 Like cultural ambassadors, Los Cenzontles have spent the past 20 years recording songs that reflect and modernize the culture, history and musical traditions of Mexico. They’ve also shone a light on some of the bigger problems facing Mexican-Americans in California, where the band runs an arts center for local Latino youth.

Drug violence has been a longstanding problem on both sides of the border. Today, American Songwriter is proud to premiere the music video for “The Silence,” a new Los Cenzontles song inspired by those who’ve lost their lives in the drug war.

“It is estimated that more than 47,000 have been killed in Mexico to control the drug supply to the United States,” says Eugene Rodriguez, the band’s founder and frontman. “For a situation of such magnitude, so close to us, and with so much culpability to spread around, it astounds me how little we hear or talk about it. So I wrote about this subject from that perspective and called it ‘The Silence.’

Jackson Browne lends his vocals to the song, as does Los Lobos co-founder David Hidalgo. With those stars on board — and with a heartbreaking video to match — Rodriguez has been reaching out to social justice organizations and human rights groups, hoping to partner up with other activists to bring more attention to the song’s release. He hasn’t had much luck.

“I would hope that the song and video would help raise awareness about the subject and provide viewers a way to make an impact in some way,” he explains. “However, I have been unsuccessful. Amnesty International, for instance, responded that they do not deal with this issue for security fears. My concern is that the release of ‘The Silence’ will encounter its own silence. Too many people have died and continue to suffer. And for what?”