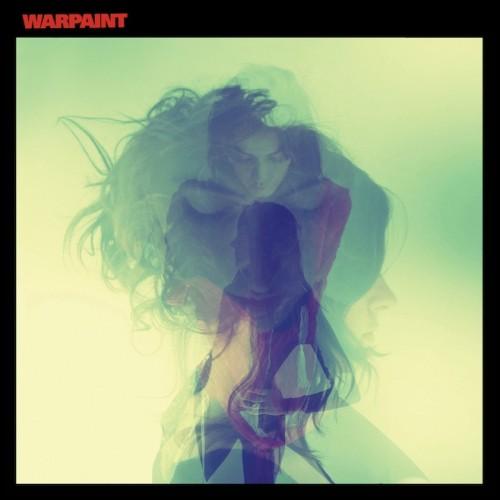 On their second full-length album, the Los Angeles quartet Warpaint continue to evoke a thrilling L.A. noir underground where even TMZ’s cameras fear to tread. Sensual vocals intertwine with menacing lyrics. Throbbing grooves swell alongside unsettling rhythms. Eerie atmospherics feel comforting at one moment yet gothic at another. While the group’s self-titled album might not be a huge departure from 2010’s The Fool, it does show the band perfecting the ghostly auras that it has honed since forming nearly a decade ago. If The Fool was a séance around a Ouija board, Warpaint brings up the dead with picks and shovels.

With its haunting dreamscapes, Warpaint sometimes gets lumped into that genre known/maligned as “chillwave.” But the band brings concrete heft to the shoegaze by largely avoiding digital blips and recording most of their music together live in the studio. Syncopated drum beats by Stella Mozgawa and head-bobbing basslines by Jenny Lee Lindberg propel Warpaint forward, while vocals by Emily Kokal and Theresa Wayman swirl around in a sultry chaos, forcing the record upfront and out of the realm of background music. Producer Flood (PJ Harvey, Sigur Rós) maintains the band’s raw appeal but lightly varnishes the sound to make the music’s intricacies truly glow amidst the atmospherics. Nigel Godrich of Atoms for Peace mixed the tracks. (Godrich is a natural fit for the band considering his work with Radiohead, whose post-Kid A output compliments Warpaint’s aesthetic better than most comparisons.)

The bandmates react to each other at their seductive best on “Love Is To Die” as Kokal repeats the ominous title lyrics, alternating them with the more hopeful “love is to not die.” It’s sublime yet mysterious, keeping listeners on edge. The groove-heavy “Disco // very” is another standout and lives up to its name: Probably the biggest departure from the band’s earlier work, the track packs an immensely enjoyable disco beat but when Kokal weaves in disconcerting lyrics like, “We’ll kill you, rip you up, and tear you in twooo,” it’s not exactly Donna Summer. So expect a heady experience before any radio-friendly singles from the band.