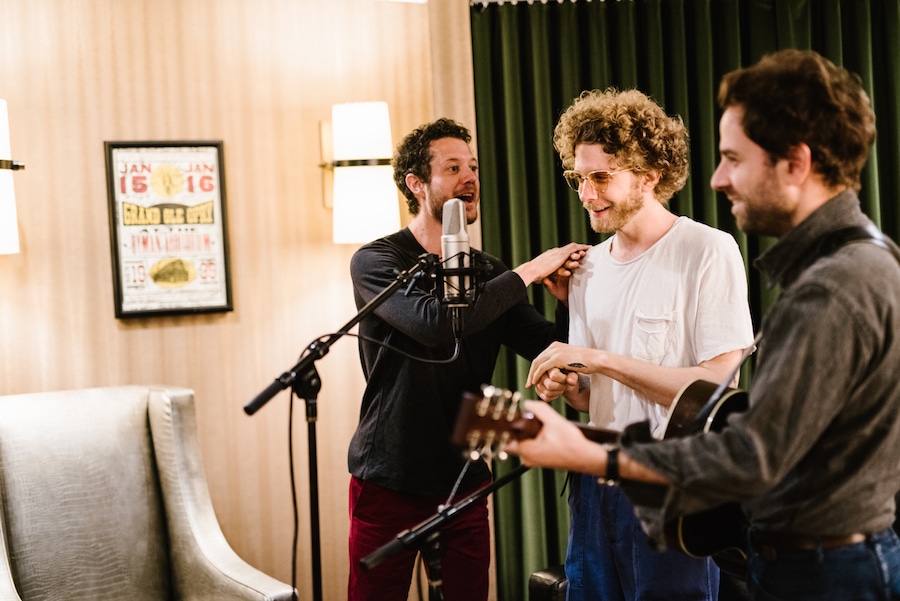 In the state of Alabama, the words “roll tide” are part of the everyday lexicon. The phrase, of course, is the fighting cheer uttered by the legion of Crimson Tide football faithful, a call to arms that calls out for the drowning of the competition.

On their latest album We’re All Gonna Die, Southern California’s Dawes employ the phrase not as a battle cry but as a metaphor for the inexorable currents that can threaten to sweep one away in a star-crossed romance. The song was written by Jason Boesel and Blake Mills, the latter of whom produced We’re All Gonna Die.

Before their two-night stand at the Ryman last month, Dawes performed a few songs backstage for our Martin Guitar sessions series, including “Roll With The Punches,” which you can watch here. Below, watch the band continue the “roll” motif with a stripped-down acoustic version of “Roll Tide,” with drummer Griffin Goldsmith handling lead vocal duties.