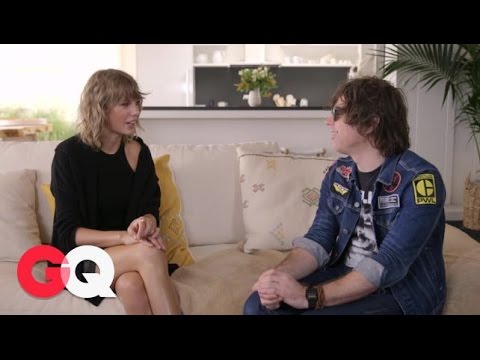 To accompany GQ‘s upcoming cover story on Taylor Swift, Ryan Adams interviewed the 25-year-old singer-songwriter about the songwriting process for 1989.

Swift and Adams, who released his version of 1989 last month, discuss finding lyrics in dreams, keeping track of lyrics during the songwriting process and how other works inspire them.

“Whenever I’m stuck when I’m writing, I could just put a Smiths record on, and it’s kind of like if my songwriting was an iPhone, it recharges it in like, five minutes,” Adams says. “There’s all these question marks in it, it’s very foreign to me and it’s always gonna make me want to go play guitar.”

Watch the interview below, via GQ.