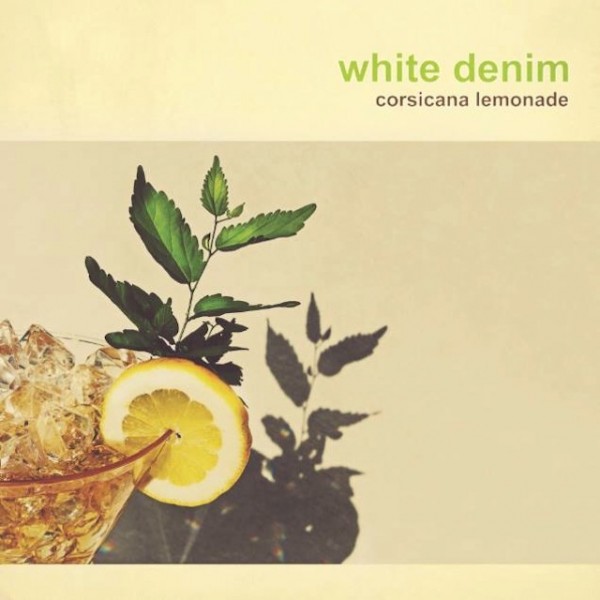 White Denim is a band that sounds like a lot of things; what they don’t sound like is a group based out of the singer/songwriter/country/blues mecca of Austin, Texas. But that’s nothing new to fans that recognized their diamond-in-the-rough talent from as far back as 2007’s debut EP.

First as a trio, now a quartet, White Denim borrows from garage, funk, prog, hard rock, glam and about a hundred other influences to craft their own unique brew of indie excitement. But even though you may think you’re hearing a different act depending on which track you choose on Corsicana Lemonade, this group plays with a power and confidence that can only be acquired over years of slogging it out on opening slots in clubs.

They have earned their buzz band status and the proof is this eclectic gem that seldom stays in any groove for long. Like a hyperactive kid after eating too much Halloween candy, these guys shift mood, sounds, tempos and vocal inflections not just in every song, but within the context of the tune. The late 60s Beatle-ish psychedelics that kick off “New Blue Feeling” give way to jazzy impulses, then twist again when a stun guitar solo takes over.

We may not know where they are going, but they seem to. That can also be said of some Wilco albums. So, it’s no surprise that Jeff Tweedy is very much an ingredient of this one. He co-produces and mixes much of it, providing a tough, full sound that’s a significant sonic improvement over Denim’s previous releases. Some tunes like “Pretty Green” have sing- along choruses with obtuse lyrics like “you could hear that singing that won’t wait to be sung.” Others have no hooks and get by on the adrenaline of the playing and hairpin changes.

Credit James Petralli for writing shape shifting songs that constantly challenge his audience, never taking it for granted. As the disc unwinds, the drumming of Josh Block becomes as integral to these tunes as the intertwining twin guitars and octave shifting vocals.

It adds up to a challenging, taut, and inspirational 39 minutes of music you won’t be humming after the first spin. But, because of its confidence, integrity and diversity, you’ll be back for repeated visits.