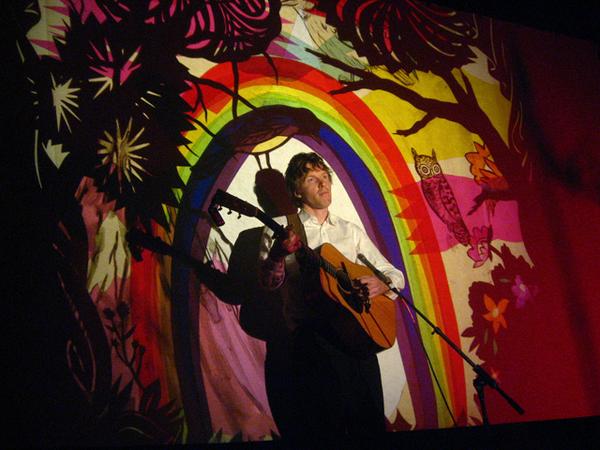 Writer Of The Week: Doug Paisley What’s the key to good songwriting? Doug Paisley is probably being disingenuous when he says “I have no idea.” Clearly, the Canadian singer-songwriter is on to something – you only have to take one listen to his new album, Constant Companion, to know that. For his sophomore effort, Paisley was able to pull in Feist and The Band’s Garth Hudson to add their musical magic. We talk to Paisley (who counts Will Oldham among his fans) about following the muse and hitting your deadlines.

Do people ever confuse you with Brad Paisley?

We’ve never been seen together so that hasn’t been a problem.

How did you get Feist on the album? What was she like to work with?

She’s a friend and neighbor, but we hadn’t really worked together musically before. I just took a shot and asked her and she kindly obliged. In my experience she’s very low key and modest about music, so it wasn’t until I heard her in my headphones at the recording that I realized what a tremendous voice and talent she was going to bring to the song.

How did you get Garth Hudson on the album?


I saw Garth Hudson play a solo set at one of Daniel Lanois’ shows in Toronto. I met Lanois later through a common friend and told him how moved I was by Hudson’s performance, and Lanois put us in touch. Aside from being a wonderful and fascinating character, Hudson brought a force and concentration to the recording that inspired all of us working on the songs.

I have no idea. Two things that I believe have worked for me are deadlines, and perseverance. For any aspiring songwriter I would say start taking your ideas seriously by recording them, however small.

“At The End Of The Day,” because it has all of the elements that the album is made up of. For me it is the key song.

The thorn is deep inside me, I’m wrapped around the pain
I’m sleeping in the river and dried out on the plain

I start with melody. Even someone who is purely a lyricist generally works with rhythm and meter, and melody serves the same purpose for me.

Either I get it down right away, or I get enough to know it’s worth holding onto, in which case it drags on for years, until I’m so happy to be done with it, however much I love the song.

Al Tuck from Prince Edward Island. He has many great albums, I’m particularly fond of his song “Small and Few.”

“Tryin’ to Get to Heaven” by Bob Dylan on Time Out Of Mind. I hear several different voices and types of songwriting in that one song.