My introduction to the Yamaha CP5 required carrying it down a flight of stairs from a second story office building, then loading it into the back of my car. If there had been additional flights up or down to captain, I probably would have called cartage. Though Yamaha describes the CP5 as a “Stage Piano,” the keyboard is about as difficult to manage as any large bass amp. That said, it is also measurably lighter than a grand piano, and offers many more dimensions of sound.

If you are accustomed to writing on piano, the Yamaha CP5 will likely add a strong accent to your rituals. It’s a sleek keyboard that has built-in technology for recording, and also allows you to plug in a microphone to sing vocals while playing. As a songwriter caught up in the moment of inspiration, it’s key to have the ability to record the ideas as you generate them. With the CP5 on hand, you won’t be likely to lose that million-dollar idea.

The CP5’s internal hard drive can be used for storing recordings and also houses a diverse selection of drum samples. Assimilate these drum parts into your recordings or simply use them for practicing. You can even plug in a flash drive to load saved files to use on the keyboard. In a live setting, you can create a backing band by playing and recording parts directly into the hard drive, then loading the previously recorded songs to perform alongside. The USB port serves as a connector to a computer (PC and MAC compatible) and also interfaces with the Cubase AI 5 program, which comes with the product. (Essentially Cubase Lite, it’s still a nice bonus.)

The CP5 keyboard does take some familiarization; it’s not quite plug and play, per se. The manual seemed very focused on the fact that it can record while sampling drums, and I was really interested in discovering more about the keyboard effects. Functionally, the product operates similar to a digital multitrack recorder, requiring you to press Enter or Exit for most commands. After a few frustrating moments, I got past the learning curve and began to enjoy the instrument. In the pre-mode, there are four banks with ten effects each. Since there are three different pre-modes, I had 120 different effects to choose from, and they all sounded great. If you do find anything lacking in the onboard sounds, the CP5 offers the ability to manipulate them through several different parameters.

All in all, I found the best application for the Yamaha CP5 to be a home studio environment. The CP5 is a bit complicated for a part-time keyboard/piano player, and quite heavy for a road musician who has size and space constraints. Even though it’s a bit of a righteous challenge for even a studio nerd, it will still take up less space than a grand piano and cost much less. 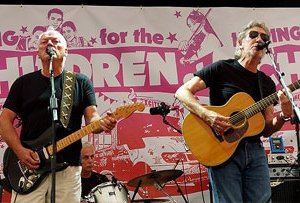 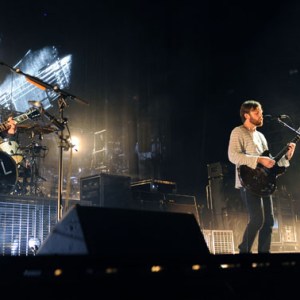