Billy Corgan, lead singer and primary songwriter for his band, The Smashing Pumpkins, has recently partnered with Yamaha to rework the company’s handcrafted LJ16 jumbo acoustic as his limited edition signature model. While essentially the same guitar, Corgan’s requested modifications seem to be geared to making the instrument more effective on stage. And, as Corgan has expressed, he hopes the tweaks to the design will inspire songwriters to create their own music and style using it.

Where the medium-jumbo body type of the original LJ16 makes for full and rich tone, Corgan’s updates, including a set of brass bridge pins and Tusq nut and saddle, give emphasis to the upper-mids and clearer low-mids. Reflecting Corgan’s attention to style, the unique addition of reflective metal bridge pins, GOTOH open-gear tuners, and a “Zero” headstock give the guitar a distinctive look.

The design of the guitar seems to fit with Corgan’s wide range of playing styles and would work well for performing songwriters. I enjoyed this guitar’s broad tonal range, both strumming hard and soft. The solid Engelmann spruce top with rosewood back and sides allow this guitar to project well, and the simple passive piezo pickup worked well to communicate the guitar’s tonal range when I tried it out amplified with a small acoustic. The LJ16BC also did well through a larger sound system with solid acoustic tone that was ready to cut though a band. One small feature, but one that is very valuable for stage performance, is the large, solid tailpin.

The LJ16 Billy Corgan model, like all L Series guitars, profits from Yahama’s A.R.E. (acoustic resonance enhancement) treated top. The process makes small changes in the structure of wood that the manufacturer claims gives instruments a more mature, warm sound. While a true test would be to have treated and non-treated guitars side-by-side, the LJ16BC did seem to have the sound of an older instrument. Yamaha’s traditionally styled 5-ply neck was comfortable to play, and the guitar played evenly in all positions. I could certainly see the LJ16BC as a good tool for young songwriters and, with a responsive pickup and bold tone, it’s ready to take out on stage.

You might like the tone and performance of this guitar even if you are not a Billy Corgan fan, but if you are a fan or collector, take note: Yamaha claimed at this year’s NAMM show that the LJ16BC will be a limited edition instrument with only 100 made in a Vintage Natural finish and 100 in brown sunburst, all at an attractive price. The guitar comes with a distinctive original autograph inner label, Elixir strings and good-fitting hardshell case. 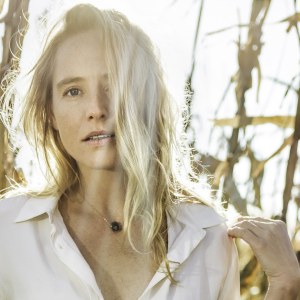 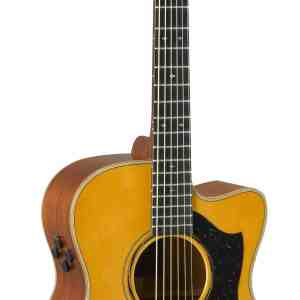