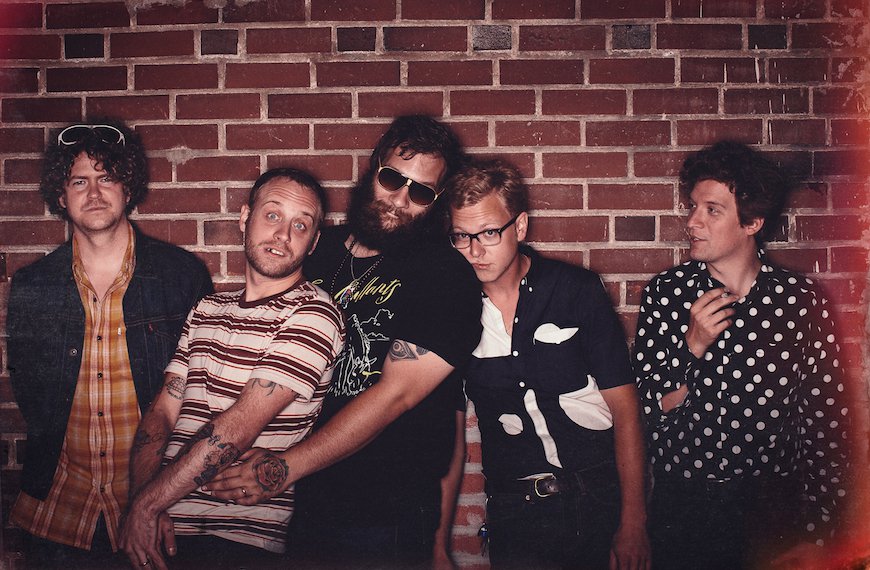 Since 1959, Newport Folk Festival has long been one of the most important gathering places of traditional American music, a space to celebrate community and tradition in roots music. In recent years, as the festival has expanded its boundaries and definitions of what constitutes folk music well into the 21st century (this year’s headliners were Flight of the Conchords, Patti Smith, and Alabama Shakes), the festival has also become a breeding ground and meeting place for artists from all over the country to congregate, collaborate and simply hang out.

At this year’s festival there were enough surprise performances and unbilled appearances throughout the weekend to comprise a festival lineup of its own: Jenny Lewis, Shovels & Rope, Terry Allen, Lucius, Sharon Van Etten, Allison Moorer, Joe Ely, and Kris Kristofferson were just a few of the artists who performed at the festival and its after parties who were not previously billed or announced beforehand.

Increasingly in the last few years, the festival has become increasingly known for its famous after party shows each night, where artists in town (whether they were billed on the festival or not) show up to downtown Newport’s bars and clubs for late-night appearances and off-the-cuff performances. This year, American Songwriter decided to see what the fuss was all about.

“This is where the real stuff happens,” a fan could be overheard saying on Friday night at Jane Pickens Theater, where Shovels & Rope hosted an evening of cover performances and roving special guests for their “Busted Jukebox” show. Held as an annual benefit for Newport’s chapter of the Boys & Girls Club, Cary Ann Hearst and Michael Trent hosted a number of first-rate guests, including Hayes Carll, John Moreland, Jonny Fritz and Margo Price, for an hour-plus celebration of songs written by artists like Tom Waits, the Beach Boys the Clash, Nick Lowe and Concrete Blonde.

After beginning their evening with the duo singing their note-perfect cover of Rodney Crowell’s “Leaving Louisiana in the Broad Daylight,” Heast and Trent invited John Moreland on stage for a powerful version of “Blues Eyes Crying in the Rain.” Later in the evening, Jonny Fritz reached back deep in the group’s catalog for a beautiful cover of “Sweet Alexis,” a song from Michael Trent’s former band the Films.

Hayes Carll and Margo Price provided the night’s two biggest highlights with their show-stopping, reimagined country renditions of the Clash’s “Death or Glory” and  Concrete Blonde’s hit “Joey,” respectively, before Lucius, the evening’s final guest, delivered a haunting take on the Beach Boys’ “In My Room.” For the finale, all of the performers from the evening sat down on the floor of the back of the stage and looked on as Lucius and Shovels & Rope sang a lovely version “(What’s So Funny ‘Bout) Peace, Love and Understanding.”

For the last few years Deer Tick’s annual, nightly shows at the Newport Blues Cafe have become one of the festival’s most hallowed, (and hard to get into) traditions. Guests ranging from Sharon Van Etten (who covered Radiohead) to Jenny Lewis and Lucius (who covered Prince) to Brett Dennen to Kam Franklin of the Suffers to Middle Brother, (John McCauley’s supergroup with Dawes’ Taylor Goldsmith and Delta Spirit’s Matthew Vasquez), all showed up as special guests throughout the weekend. Throughout the three nights of music, Deer Tick once again served as Newport Folk Festival’s most versatile bar band, covering Paul Simon, Bruce Springsteen, Weird Al Yankovic, Neil Young, Merle Haggard, and the Pogues, among others.

Memphis upstart songwriter Julien Baker began the show Saturday evening by silencing the typically rowdy Newport Blues crowd with a devastating, intimate opening set with songs like “Rejoice” and “Sprained Ankle.” Soon after, Rayland Baxter brought his five-piece backing band to the stage for a set of highlights from his two albums that also included a thrilling, blues-grunge take on Neil Young’s “Vampire Blues.”

Deer Tick took the stage at 11 for a loose collection of fan favorites like “Born at Zero,” “Main Street” and “Smith Hill” and a spirited cover of the English folk standard “Dirty Old Town.” The highlight of the evening, however, came mid-set when Ruby Amanfu, who had performed at the festival earlier that afternoon, took the stage alongside Jeremy Fetzer on guitar for showstopping takes on the Cranberries’ “Zombie” and Screamin’ Jay Hawkins’ “I Put a Spell on You.”

“Maybe we should have stuck that later in the set,” Deer Tick’s Ian Oneill pondered aloud after Amanfu left the stage to thunderous applause.

Later Saturday evening, Matthew Vasquez of Delta Spirit joined the group for an unhinged, inebriated, and eventually shirtless 3-song performance that included a soaring take on his song “Everything I Do Is Out” as well as a cover of Nirvana’s “Negative Creep.” Vasquez electrified the crowd by jumping on amplifiers and climbing out into the audience at one point.

For the 6th year in a row, Friday and Saturday’s nighttime performances proved that the music that takes place after Newport Folk Festival festival ends each evening is always every bit as spontaneous, joyful and must-see as the actual festival itself. 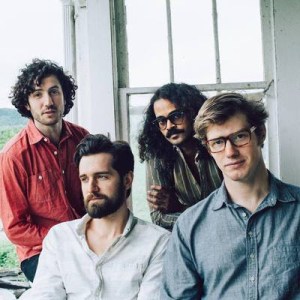 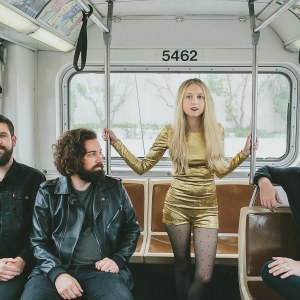