These days, many Nashville-based artists co-write their own material with big name songwriters so they can share a piece of the royalty pie in times of declining CD sales. But the truth is, a lot of those co-writes can’t match the work of people whose calling in life is to create high-quality songs above anything else. Alison Krauss, in her work as a solo artist, with Robert Plant, and, of course, with the band Union Station, has always wisely left the writing up to others with that gift, choosing to focus on her own peerless vocal and instrumental abilities. She continues this philosophy on the new album from Alison Krauss and Union Station, Paper Airplane.

“Some of the tunes that have come my way, like Robert Lee Castleman’s songs, it’s like, I have to sing that song,” says Krauss. “It’s like I don’t want to go into the studio if I don’t.” Castleman is responsible for the title track of Paper Airplane, recorded for Krauss’ longtime label home Rounder Records. Other songwriters represented on the new disc include Jackson Browne (“My Opening Farewell”) and Sidney Cox of bluegrass’s Cox Family (“Bonita and Bill Butler”). The album only includes two tracks by active Music Row staff writers: “Miles And Miles To Go” by Chris Stapleton (Kenny Chesney) and Union Station bass player Barry Bales, and “My Love Follows You Where You Go,” by Barry Dean (Martina McBride) and Liz Rose (Taylor Swift) with folk/Americana artist Lori McKenna.

Krauss says that she has never felt the need to write herself, especially when there is such a wealth of material available from writers whose work resonates with her. “The material certain folks write just speaks to me,” she says. “I’ve known Sidney since I was 16, and hearing the Cox Family’s music changed my life. When I heard Robert Lee Castleman sing I knew I would never be the same person. You don’t listen to music the same way again after hearing certain people.”

With 26 Grammy awards, more than any other female artist (or any singer in any genre), Krauss is admired by vocalists and instrumentalists alike for her angelic voice, wise choice of material, and prowess as a fiddler, which brought her into the spotlight as a young performer at bluegrass festivals and other events. Signing with Rounder at age 14, Krauss says the fiddle was top priority. Singing came later.

Given her bluegrass roots, one might wonder if a straight-ahead bluegrass album is in her future. Krauss says she would love the idea, but only if it were done with the band she is obviously so loyal to.

“I think about it all the time,” she says. “All the time. But with the way I sing and the stuff we do it really couldn’t be straight-ahead. I couldn’t pretend that it was, but it could be our version of it. Those are the most romantic, picturesque songs in the world in terms of putting you in another place and another time. The feelings I have connected with those songs, and the images they bring to my mind, mean so much. But that kind of record would have to be within the band and we’d bring other folks in as guests.”

In 2007 Krauss won a Grammy with Robert Plant for the T Bone Burnett-produced Raising Sand, which was named Album of the Year. But Krauss says that another album with Plant isn’t on the horizon anytime soon. “We actually had gone in to cut one but it just wasn’t time,” she says. “But Robert’s very busy with his record (Band of Joy) and I’m very busy with this one. So there’s really nothing in the works right now.”

At the end of the day, the song’s definitely what matters to Krauss. “There are just people whose work I love,” she says. “People like (Union Station member) Ron Block, Angel Snow…it just depends on where I am in life. I never know until it gets there. You love what you love; it’s a very personal thing.” 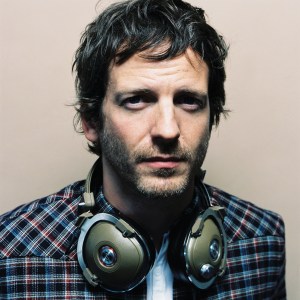