For the 20th year, the Americana Musical Festival & Conference is putting on an event of grand proportions that showcases the most exciting, inspiring and influential artists in the realm of Americana music. Setting up shop in almost 60 venues all over Nashville, TN, AmericanaFest will take place from September 10 to September 15 and will feature more than 500 performances. A cultural occurrence, AmericanaFest is the foreground of the blending of American genres. From folk to blues to country to soul, Americana music is as dynamic and diverse as the country it gets its name from, and continues to push new boundaries and influence the character of the American musical landscape. This festival is the yearly cumulation and celebration of that, and AmericanaFest 2019 is pulling out all the stops.

Narrowing down 500 performances and panels to just 10 highlights was a difficult task, but below is a list of what we feel are must-see events at this year’s festival:

Since hitting the scene in 2011, The Milk Carton Kids have become one of the most respected and endearing groups in the genre of Americana music. Known for their introspective lyrics, hilarious stage banter and masterful harmonies, the band recently took a step reminiscent of Bob Dylan’s famous — or infamous, depending on who you’re talking to — move from 1965: they went electric. Leaving behind the strictly acoustic formula that filled their first four albums, 2018’s All the Things That I Did and All The Things That I Didn’t Do introduced a new sound for the group, one that was decorated with tasteful full band arrangements. While some artists who abandon their formulas falter and lose inspiration, The Milk Carton Kids have done it gracefully and still deliver the unparalleled songwriting that gives them their much-deserved reputation. For the second year in a row, the group will be hosting the Americana Honors and Awards ceremony as well as playing a set of their own in their original duo format, after recently ending their first stint of touring with a full band. The Milk Carton Kids are not an act to miss.

The combination of Cass McCombs and Wynonna Judd may sound more plausible as a Mad Labs answer than an actual musical duo, but sometimes life is stranger than fiction; the two are in fact taking the stage together. Shrouded in mystery, the group known as The Frothy Pit will debut at ANTI- Records’ 20th Anniversary showcase (both artists are currently signed to the label). Very little information is available on what the performance will be like, but Judd said “getting the chance to work with Cass is exciting new territory for us. We couldn’t think of a better way to debut this musical collaboration than AmericanaFest.”

See the mystery unveiled yourself at 11 p.m. on Thursday, September 12 at Mercy Lounge as a part of ANTI- Records’ 20th Anniversary showcase.

With a career spanning four decades, Tanya Tucker has been laying relatively low since her last album of original music, 2002’s Tanya. Discouraged by what seemed to be a lack of interest in her work, Tucker was hesitant about recording another album; but this changed about a year ago. With help from producers Shooter Jennings (Waylon Jennings’ son) and Brandi Carlile, Tucker just put out While I’m Livin’, a triumphal return to the spotlight. Featuring a cover of Miranda Lambert’s “The House That Built Me” and a plethora of new tunes penned by Carlile with her frequent collaborators Phil and Tim Hanseroth, Tucker’s return shows that she is still the embodiment of country music’s spirit and a living, walking legend.

J.S. Ondara is one of the most exciting figures currently on the rise in American folk music. Born in 1992 in Nairobi, Kenya, Ondara grew up listening to American rock music and idolizing Bob Dylan. He began writing songs during these early years despite not owning an instrument due to economic constraints. About six years ago, however, Ondara won a Green Card lottery and moved to Minneapolis, Minnesota, where he began his music career. Tales of America, his debut album, came out in February and features his warm, expressive tenor voice singing about 21st century America from an outsider’s perspective. An insightful and moving look into a rapidly changing country, the record also demonstrates the experience of an immigrant and reminds the listener that the soul of America is a soul defined by the many different cultures that call if home. Much like his hero, Bob Dylan, Ondara is laying down songs that face the strife of the country head on, and is an emerging figure you should definitely keep your eye on.

See J.S. Ondara at Station Inn on Thursday, September 12 at 8:30 p.m. He will also be playing at the Americana Honors & Awards ceremony at the Ryman Auditorium on Wednesday, September 11 starting at 6:30 p.m.

Now on its third season, NPR Music’s “Turning the Tables” is a radio program devoted to highlighting women and non-binary individuals’ contribution to music, and—perhaps more significantly—the influence those contributions have had on the industry as a whole. This year, the program is doing a spotlight on eight women who were influencers in the early days of recorded music. The “founding mothers” featured are Bessie Smith, Maybelle Carter, Billie Holiday, Marian Anderson, Ella Fitzgerald, Mary Lou Williams, Celia Cruz and Rosetta Tharpe. At AmericanaFest, host of “Turning the Tables,” Ann Powers, will sit down for a discussion with Carlene Carter (Maybelle Carter’s granddaughter), Amythyst Kiah, Shawn Colvin and Maria Muldaur. The women will reflect on women artists who influenced their lives and music, and perform songs that demonstrate that influence. This panel will be an exciting and powerful exhibition of the spirit that women have engraved in the soul of American music.

Catch the panel at 1:30 p.m. on Thursday, September 12 at the Country Music Hall of Fame and Museum

Leon III is playing twice at the festival. Catch them play as part of Paul Cauthen’s Big Velvet Revue at the Basement East on Wednesday, September 11 at 10 p.m. or see them play a set of their own at The 5 Spot on Friday, September 13 at 11:59 p.m.

Roger Clyne and the Peacemakers

Roger Clyne and the Peacemakers recently joined the ranks of Waylon Jennings, Stevie Nicks, Buck Owens, Marty Robbins and more when they were inducted into the Arizona Music & Entertainment Hall of Fame this summer. A seminal figure of Tempe, Arizona’s legendary music scene from the ‘90s — which included acts like the Gin Blossoms and the Meat Puppets — Roger Clyne was the brain behind The Refreshments, the Southwest alt-rock band responsible for the “King of the Hill” theme song. Since the Refreshments broke up in 1998, Clyne has been performing with the Peacemakers, who deliver a unique sound that captures the passion, mood and spirit of their Sonoran Desert home. If Americana music is the musical ethos of the United States, Roger Clyne and the Peacemakers are the cowboy-boot-totin’ tequila-drinkin’ poetic-troubadour representatives from the Southwest.

Touring in celebration of the 20th anniversary of their debut album Honky Tonk Union (with a corresponding remastered rerelease), Roger Clyne and the Peacemakers will be playing at EXIT/IN on Saturday, September 14 at 10 p.m.

We’ve Only Just Begun: A Tribute to the Music of The Carpenters & More

Bette Smith’s music career took off after she promised her brother on his deathbed that she wouldn’t give up and would continue to share the gift of her voice. A few years later in 2017, Smith put out her debut album Jetlagger and began touring around the world. Born and raised in Bedford-Stuyvesant, Brooklyn, Smith’s music blends the soul music that decorated her upbringing with the gospel music that is entwined with her roots. Putting on an energetic and passionate live show, Smith is poised to be a voice in the new generation of American soul.

Founded by Mike Harmeier in 2007, Mike & the Moonpies have been mainstays of the Austin, Texas music scene for over a decade. However, after a couple of years of residencies at popular Austin venues such as The Hole In the Wall, Broken Spoke and the White Horse, the Moonpies began to spread beyond their Texas home and broke into the national circuit of Americana and country music. Their latest album, Cheap Silver and Solid Country Gold, was recorded at the legendary Abbey Road Studios and is a sonic wonderland that pairs orchestral and country music in homage to the “countrypolitan” sound of the ‘70s. 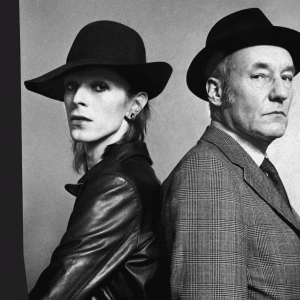 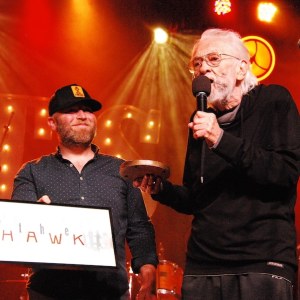