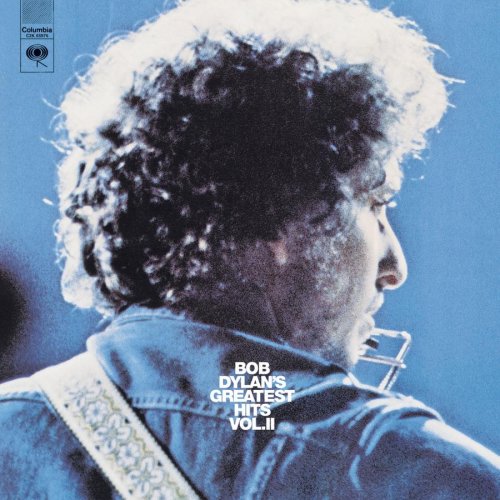 “Sad Eyed Lady Of The Lowlands” changed my life. When I heard that, I thought, “If Bob can do it, I can do it” … It’s twenty minutes long … It’s a whole album side! And it in no way gets dull or boring … it becomes more and more hypnotic.

The first album of Bob Dylan’s I ever heard was Another Side Of Bob Dylan. It stopped me in my tracks – I’d never heard anything like it. I think “I Shall Be Free #10” and “Chimes Of Freedom” back to back is what did it. Once you hear vision, humor, soul , heartache and defiance like that there’s no turning back. He’s the Count Of Monte Cristo of Rock ‘n’ Roll. How can you not love a guy like that, brandishing a guitar and that stiletto voice, taking on all comers?

What I love about Bob Dylan is through his songs, he’s always gone out to the edge and beyond, looking, reaching out into the void, seeking, finding, not finding, running into walls, breaking through walls, and, in his own unique, one-of-a kind way, reporting back what he’s seen. He writes of beauty, wonder, and strangeness in a world beyond strange.

I love that he’s taken the risks he’s taken and the music that’s come out of it. It’s been a great benefit to a world in great need of some kind of sanity. He’s been a voice for the forgotten, the lonesome, and the lost. He’s an artist for the ages.

God bless Bob Dylan for all his soul and vision and heart. The world is a far better place with him being in it. Heartfelt thanks Bob.

My grandfather’s old record collection included Bob Dylan’s Greatest Hits, Vol 2 and I would hear him sing “Lay Lady Lay” to my grandmother while she would be in the kitchen cooking.  She went out and bought him Bob Dylan Songbooks so he could learn more for her.

I believe Bob Dylan has influenced everyone’s music in some fashion, so it’s influenced me too. Plus, I just love so many of his songs and he’s how I got my name.

Bob Dylan knows how to cut to the essence in a quick hurry. When other people are searching for words, Dylan’s “Knockin’ On Heaven’s Door.” In this crazy world, we’re always looking for the best way to communicate and express our feelings. My song “Bob Dylan” is a call to action, urging myself not be afraid of expressing my true feelings.

The first time I heard Bob Dylan, I was in the car with my mother listening to WMCA, and on came that snare shot that sounded like somebody had kicked open the door to your mind: “Like A Rolling Stone.” My Mother — she was no stiff with rock and roll, she liked the music — sat there for a minute, and then looked at me and said, “that guy can’t sing.” But I knew she was wrong. I sat there and I didn’t say nothing but I knew I was listening to the toughest voice that I had ever heard. It was lean and it sounded simultaneously young and adult.

Jim Reilley of The New Dylans

I tried once to meet Bob but he was off the bus before I could jump out of the moving car I was following him in. I have met his son Jakob though, and he and the guys in the Wallflowers were aware of my band and got the joke. I have met and/or played music with a few of the other so-called “new Dylans,” like Steve Forbert, John Prine, Townes Van Zandt and Kris Kristofferson, and they all also got the joke and thought it was a great band name. Not so sure Bobby would.

Conor Oberst (American Songwriter, 2008) on being called “the Next Dylan.”

I think that’s a ridiculous comparison, and totally premature. It’s nice that people think that, I suppose. But I don’t see it.

Bob Dylan is an invention. That’s important to remember. That persona is as much or more a work of art as his songs are. I saw him a few years ago. I remember standing with the soundman when a fan came running back at him and started screaming “Fix this! What’s he doing? I paid so much money! Fix it!” before storming out. The rest of the crowd was on their feet loving it. The persona Bob Dylan is still dividing crowds 50 years later. No small feat. I have no idea what Robert Zimmerman is like but one thing is for sure, he is an inventor on the ranks of Davinci and Tesla and a visionary on the ranks of Steve Jobs and Walt Disney. Can’t imagine our world without him. It’d be a completely different place.

I’m a fan. He’s such a poetic writer. So many of his songs are classic. “Forever Young” and “Blowin’ In The Wind” are some of my favorites.

Dylan has made such a profound impact on nearly every genre of music. His unconventional ways of self-expression make him more than an artist, singer and songwriter – he is a true pioneer that has blurred the lines of genres and revolutionized the musical frontier without ever compromising or being afraid to take risks.

Dylan cracked song writing open. He made it okay to ramble and explore.

What first attracted me to Dylan was the freedom of his lyrics and structure of the songs. he can just tell a story in his own way, away from what might be considered popular form. I found it refreshing, and I appreciate it more and more every time I listen.

I most respect musicians who can’t help but to write songs, who can’t help but to sing these songs, who are like forces of nature when it comes to their art–uncontainable, unpredictable, unstoppable. Bob Dylan was the first such artist I encountered. He seemed more like a channel to me than a man, somehow he tapped into a deeper pulse than most of us sense or feel. There is no striving. There is no pursuit of beauty. His music just is. Like a thunderstorm is. Like an ocean is.

I heard his song “Mama, You’ve Been On My Mind” from a friend of a friend when I was a little kid. Man, it just floored me. Oh, God. Lyrically, it connected with me, melodically, and on so many levels. At the time, I was listening to bad heavy metal or something, and he’s like your everyman. I love watching “Don’t Look Back.” I could imagine that he could be perceived as a real asshole, but I admire the playfulness, making other people question it. Man, to go out and play with his electric band where people are booing. That takes brass cajones, man. Cheers.

Rock and roll was only 10 or 15 years old when he came out. There will never be that set up or opportunity for someone else to arrive and deliver in the way he did. It just won’t happen again. Shoot, if he was on American Idol and no one knew who he was, he wouldn’t make it past the first round. He gave hope to people that didn’t have the angelic voices. You wonder how far he would’ve gone if he kept his name as Zimmerman.

When I was 19 or so a friend of mine’s father played some Dylan and John Prine songs just sitting ‘round the living room. The following day I went and bought my first guitar from a pawn shop for $125 and immediately started writing songs.

Dylan has set the possibilities of songwriting free. To an utterly limitless level. He dissolved the notion of song structure even before it was discussed. I mean, how the hell do you write seven, eight-minute songs with no choruses or musical changes? You can’t. Bob Dylan can make you sit on every word.

The following lines from “I Want You”

“Now your dancing child with his Chinese suit
He spoke to me, I took his flute
No, I wasn’t very cute to him, was I?”

Henry Kaye of The Static Jacks:

Jason Brewer of The Explorers Club:

“Ah, but I was so much older then I’m younger than that now.”

Joshua Britt of The Farewell Drifters:

“Let me forget about today until tomorrow.” 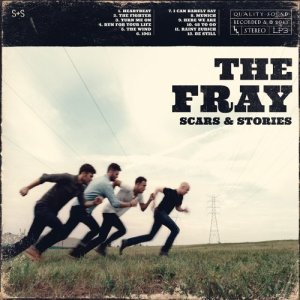 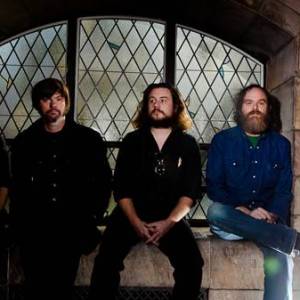