The Eagles Of Death Metal, the California-based band that played Bataclan Concert Hall the night of the Paris attacks on November 13, is calling on musicians around the world to cover its song “I Love You All The Time.” The band is asking that all proceeds generated from the cover be donated to the The Sweet Stuff Foundation in an effort to help victims of the tragedy.

Dean Ween, one-half of the the band Ween and leader of the Dean Ween Group, stepped up to the challenge this weekend and released his version of “I Love You All The Time” on YouTube, which you can watch above. And check out Josh Homme’s message below (as well as a video of EODM’s version of the song) for details on how you can release your own cover to benefit the The Sweet Stuff Foundation.

A message from Dean Ween:
I have been very close friends with Josh Homme for over 20 years. He is easily the best friend I have in a band. When we need advice we talk to one another. We were signed to Elektra the same week (Kyuss) and we toured a lot to support our new records (Chocolate and Cheese). The sense of love and camaraderie on those tours was unparalleled. We were like a gang, like one big band instead of two – always onstage during each other’s sets.

Later on, in the earlier days of QOTSA we were reunited and had two of the most legendary tours of all our lives. When I heard about the Paris attacks I broke down and called him immediately and surprisingly he answered. Finding out that Dave Catching was alive and unharmed was one of the biggest reliefs of my life.

When Josh asked me to cover this tune, I dropped what I was doing on the most important (to me anyway) gig night of my life. I was debuting the tunes from my forthcoming Dean Ween Group album. I came to the studio with our drummer Ray Kubian (who is a great singer as well) and I had a concept – one sample of handclaps and 8 tracks of grunting in the rhythm of the song and scat singing. I laid down a bass track for an anchor or a guide, sped the song up to 150 beats per minute when the original was about 115. One acoustic guitar, and Ray taking the lead vocal. It went perfectly–we used every track that we recorded. I then called Chris Shaw, who produced Ween’s White Pepper album and mixed Moistboyz IV. He is the best producer and engineer I know and he dropped his Saturday Thanksgiving travel plans to mix it for me.

A message from Josh Homme, from Eagles Of Death Metal:
Hello talented friend, The senseless and violent terrorist attacks of Nov. 13, 2015 in Paris have left us all unsettled and we dare not give another second of precious time to those who have tried to steal our freedoms and take away our power.

Instead, we are writing to ask for your help to Play It Forward.

We are calling upon our friends to donate their time, talent and good will in a show of solidarity to help the victims of these atrocious acts in Paris and those affected by terrorism worldwide.

We are asking for you to cover our song “I Love You All The Time.” For every cover sold, we pledge to donate 100% of the publishing income to The Sweet Stuff Foundation. We ask that you also donate the money generated from sales of the song to the charity.

In the same spirit, we would encourage you to offer one of your songs up to be covered by another artist, and follow suit – donate the publishing monies to charity – The Play it Forward Initiative.

Whether you’re Soul or R&B; Hip Hop or Hippy; Garage, Goth, Country, Punk or Pop; Death Metal or DJ; It matters not. Whether your version is faithful to ours, instrumental, uses only lyrics or fragments thereof or is completely reimagined in every way, it matters not. Your individual musical differences become our collective strength. Simultaneously, we will call upon iTunes, Tidal, Amazon, Spotify & all others who will sell these covers, to join us and donate their portions to a charity as a symbol of unity. So many wonderfully talented artists have offered their love & support or have reached out asking, “How can we help?” Our answer is simple; Unite with us. All of us. The musicians, the bands, the music companies & the fans… because we are music. We are the anthems of great nations. We are the songs of our forefathers. We are the hymns of God. The songs of the broken hearted. The unchained melodies. The songs of puppy love & of love that cannot be broken. We are the music of hope & possibility. We are the call to arms. We are the chorus of victory. We are songs in the key of life.

We are the Champions … of the World.

In the event our song doesn’t float your boat, we encourage you to help unite our business by any means possible. If you’re drawing a blank, donate something of yours or the proceeds from one of your songs, as Duran Duran has so graciously done. But do join us help & heal through music. They attacked us all, please hear the call.

Thank you for your time & love to you all,

I’m never alone, I look at my phone
If I call you up, you’re never at home

I’m filled up and high, A man among guys
A smile on my face, no reason to cry 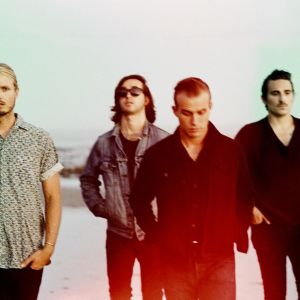 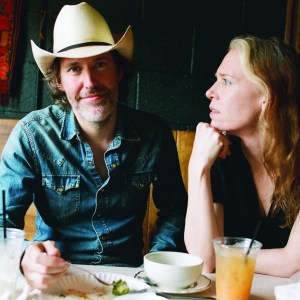