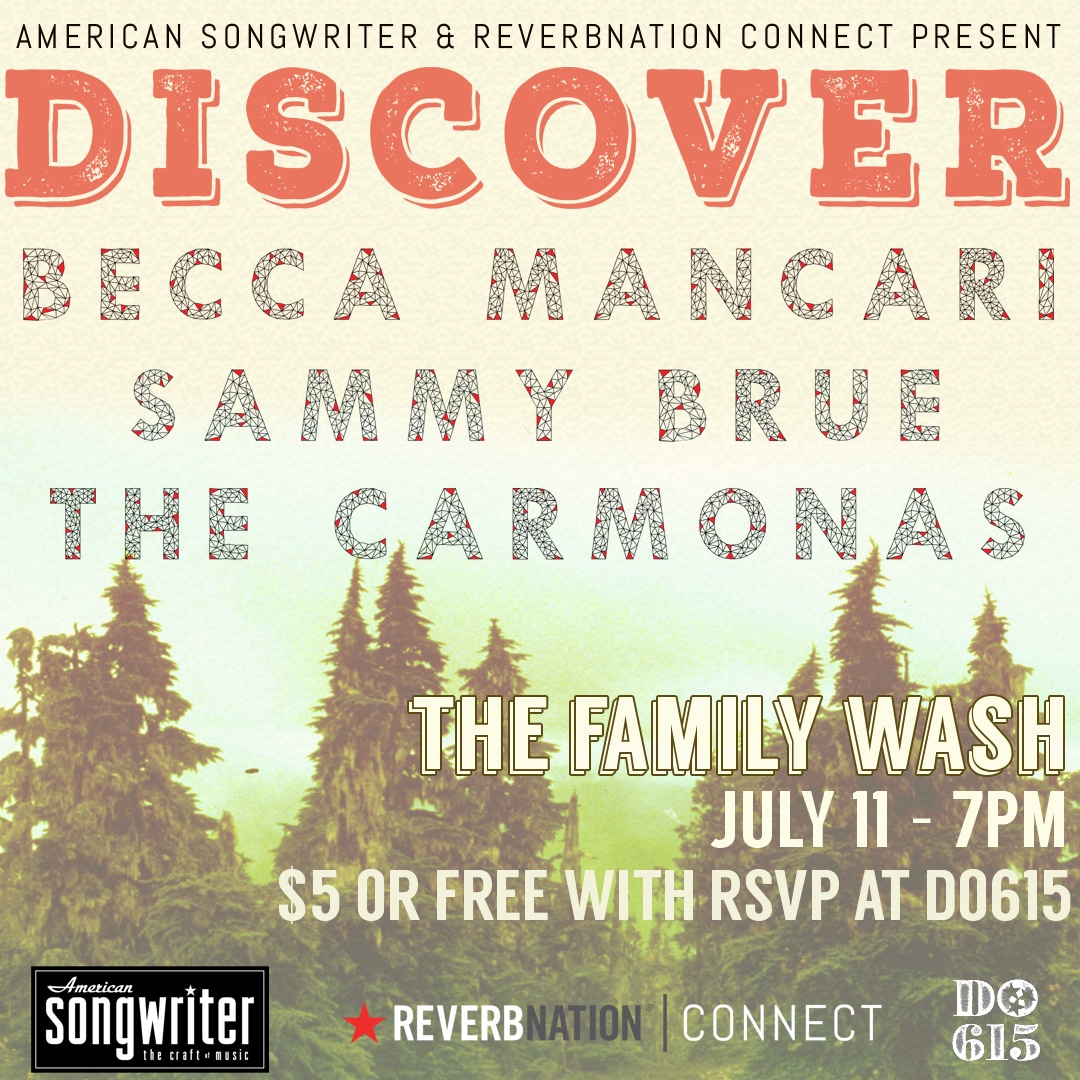 “Discover,” American Songwriter’s concert series with ReverbNation CONNECT, continues July 11 at The Family Wash in East Nashville. Becca Mancari, Sammy Brue, and The Carmonas round out the roster for the fifth installment of the series, which is free for fans who RSVP at Do615. Admission is $5 at the door without RSVP. Happy hour kicks off at 7 p.m., with music starting at 8 p.m.

This is personal music, performed by a storyteller who’s lived and loved. Born in Staten Island to an Italian-Irish preacher and a Puerto Rican mother, Becca spent her childhood moving around the East Coast. It’s no surprise, then, that she found herself drawn to a group of train hoppers in central Virginia, where she relocated as a teenager to attend college.

After college, Becca continued her travels, eventually winding up in the musical hotbed of Nashville, Tennessee. There, she continues writing songs that blur the lines between genres, sharing shows with artists like Hurray For The Riff Raff and Natalie Prass along the way.  She jumps from the acoustic desert-rock of “Golden” to the ramshackle root sounds of “Summertime Mama,” showing off the full range of her music.   Produced by Adam Landry and Justin Collins (Deer Tick, Middle Brother, Diamond Rugs, Lilly Hiatt) and recorded with members of her touring band, the music is a snapshot  from a musician who’s still on the move, constantly writing songs about the people she’s met and the impression they leave.The recordings aren’t perfect, and Becca likes that.  Because life isn’t perfect.

Longtime AS friend and favorite Sammy Brue recently signed a record deal with New West Records. The 14-year-old Utah-by-way-of-Portland singer/songwriter has already self-released two EPs, the second of which, I Don’t Want You to Leave, earned praise from outlets like Rolling Stone and The Fader, as well as fellow artists Joe Fletcher and Justin Townes Earle. (You may recognize Brue from the cover of Earle’s 2014 album Single Mothers.)

“Sammy truly embodies the kind of wisdom, talent and natural empathy that are often a sign of age and maturation, and yet he has the ability to place himself in the shoes of others, real or fictionalized, and write stories about them. Though Sammy can appear as a quiet, unassuming soul, his songs say it all,” New West VP of A&R Kim Buie said. “He is an artist who stands on the precipice of what we imagine will be a long and ever-evolving creative career.”

Watch Sammy Brue perform “Once a Lover” live during the 2015 Americana Music Festival at the AS office below.

As an up and coming band The Carmonas have had the chance to perform at a wide variety of venues across the country from New York to Nashville and California to the Dakotas. In addition to stateside touring they have had the chance to tour Europe, South and Central America, and the Middle East. They are currently promoting their recently released first full length studio album “The Carmonas”, the follow-up to their debut EP, “Oh, Alice“. They have been given the opportunity to share the stage with Emmy Lou Harris, Marty Stuart, Dale Ann Bradley, Band of Heathens, and the Blind Boys of Alabama among others. —TheCarmonasMusic.com 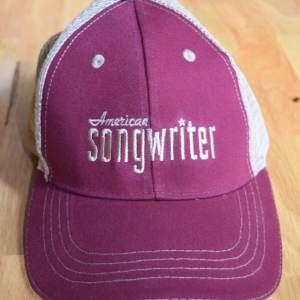 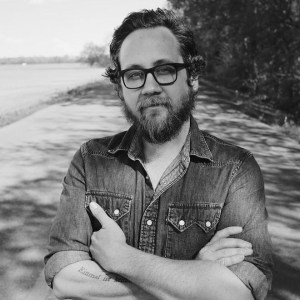