Though music streams and webcasts may be the new norm even in folk music, the annual Folk Alliance International conference ultimately relies on the oldest transmission form there is: the wandering troubadour.

Nearly 1,200 artists converged on the Westin Crowne Center hotel in Kansas City, Missouri, for the 28th annual gathering, held February 17-21. Some earned official showcase slots; others played as many private showcases as they could, hauling gear through crowded hallways and packed elevators to make the next gig on one of three floors transformed from hotel rooms into mini-venues. Many artists played both official and private events, performing nearly nonstop — clearly preferring playing to sleeping.

Each hoped to attract the attention of an equal number of music presenters, label reps, media types, managers and others in attendance, while soaking up inspiration and professional tips via conference panels, mentor meetings, music camp instructional sessions and fellow artists. Cute old-timey couple Hogan & Moss were the most visible and ubiquitous among artists who simply commandeered vacant spots, from lobby corners to stairwells, for impromptu shows, in addition to appearances in sponsored rooms where 20- to 30-minute sets sometimes evolved into jams and song pulls lasting till sun-up. In popular spots such as the Oklahoma Room and KC Music Collective, it was about showing off talent while, ideally, building tourism — in addition to attracting artists to perform and record in those areas.

In the folk realm, the wisdom of age still earns respect, and revered elders such as 85-year-old multi-instrumentalist David Amram drew clusters of selfie-shooting admirers everywhere he roamed, always laden with his array of woodwinds, percussion instruments and necklaces. To those marveling about his stamina, he joked, “If I didn’t do this, I’d have to retire!” An official Saturday-night showcase featuring Telecaster masters/raconteurs (and self-proclaimed “geezers”) Bill Kirchen, Redd Volkaert and Albert Lee belonged in a room three times the size of the one in which they appeared; the same was true for decidedly non-geezer conjunto-Tejano rockers Los Texmaniacs. (Unfortunately, much of the Maniacs’ audience departed before one of the finest acts of the conference — Kansas City’s own Making Movies — made their only appearance in the same room. Their mix of Latin rhythms and rock beats sounded original and exciting — and got downright hot when Texmaniacs’ accordionist Josh Baca sat in.)

Though she joked “You know, I’ve been doing this for 57 years now — 56, sorry — but I figure it’s the second-oldest profession in the world and I don’t regret it,” keynote speaker Judy Collins proved her voice remains ageless as she broke into a cappella renditions of “Both Sides Now,” “Suzanne” and other songs she made her own in a 50-album career. In-between anecdotes and song snippets, which sounded mostly as crystalline as ever despite her cold, she delivered liberal doses of sharp wit, dropping one-liners with expert comic timing. (Sample: “I never did a lot of drugs … because I was really afraid it would interfere with my drinking.”)

She also got serious, noting she just lost her brother to cancer two weeks ago, and a son to suicide several years ago. Writing and singing about those experiences, she said, is a gift — one she shares with fellow singer-songwriters.

“When we think about things in a way that’s gonna make whatever happens to us turn into something that could help somebody else … that’s what music is all about,” Collins said. “It allows us, I guess, to live on this planet: this beautiful, terrible, terrifying, amazing planet.”

“Wisdom of the Elders” was actually the title of a panel featuring producer Don Bird, singer-songwriter and activist Si Kahn and DJ Sonny Ochs. Even the Wednesday-night awards presentation lauded longevity; one of six Spirit of Folk Awards went to 99-year-old Arkansas fiddler and fiddle-maker Violet Hensley, who not only delivered a tune but also danced a jig.

In a ceremony emceed by ever-clever wisecracker Steve Poltz (i.e., “The award for Best Meth Lab goes to Walter White”), Elaine Weissman Lifetime Achievement Awards were presented to Woody Guthrie compadre Ramblin’ Jack Elliott (living); Sonny Terry and Brownie McGhee (memorial); and The English Folk Dance and Song Society (organization). And for the first time, the Folk Alliance presented competitive performer awards, chosen by member votes. Winners were: Tomorrow is My Turn, Rhiannon Giddons, Album of the Year; “Best Medicine,” the Stray Birds, Song of the Year; and Darlingside, Artist of the Year.

Though veteran singer-songwriters such as Poltz, Tommy Womack, Freebo and Toad the Wet Sprocket vet Glen Phillips are common at the Folk Alliance conference, there’s always an array of fresh faces, whether young up-and-comers or mid-career artists, such as Grant Lee Phillips, who are just discovering the welcoming folk community.

Among the talents that impressed, in addition to the afore-mentioned: The just-out-of-high-school Accidentals; the Bombadils; the Hello Strangers; LeE HARVeY OsMOND, aka Tom Wilson (also of Blackie & the Rodeo Kings), and his beautifully voiced son, Thompson; Sultans of String; Tarraband; the Suitcase Junket; Hot Buttered Rum; the Grahams; and Travis Linville. To name a few.

Kansas City may not be the first place that comes to mind when one thinks “folk music,” but a city boasting both the Negro Leagues Baseball Museum and the American Jazz Museum clearly knows how to embrace history while continuing to reinvigorate itself. Just like folk — an art form as old as medieval minstrels and as new as Making Movies. 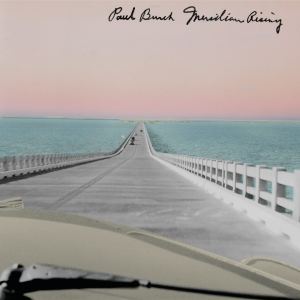 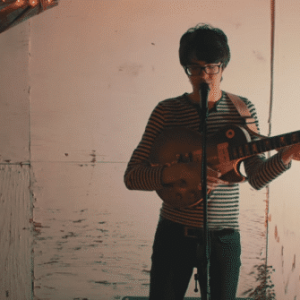