Mourning spread throughout social media on Sunday night as the music industry learned of busbee’s (pen name for Michael James Ryan) untimely death at 43. Official cause of death is not yet known. The Grammy-nominated hit songwriter/producer gained the reputation among peers as being one of the nicest guys in the music business, from Nashville to Los Angeles and everywhere in between. He was a quiet and humble musical visionary who worked with and wrote for artists as wide ranging as P!NK, Timbaland, Katy Perry, Gwen Stefani, Maren Morris, Jason Aldean, Lady Antebellum and Keith Urban.

In addition to songwriting and production, busbee recently had a joint-venture with publishing company BMG, where he was responsible for signing and developing new talent. More recently he had formed an A&R joint-venture with Warner Brothers Records called Altadena. He had two solo albums to his credit as an artist, and at least two side projects/bands, namely GoNorthToGoSouth (with Ben West) and Bombs Over Nowhere (with Aaron Espe). Bombs Over Nowhere released its self-titled EP in 2015, and the single “It’s Gonna Find You” was featured on the ABC Family show “The Fosters.”

According to a friend, busbee was diagnosed with Glioblastoma, a form of brain cancer, over the summer and was undergoing treatment. He leaves behind a wife and three daughters.

BMG bio: Born in the San Francisco Bay Area at a time when melody was king and radio playlists were diverse, busbee grew up with an eclectic love for great music… from classic hymns to rock ‘n roll oldies, black gospel to jazz, British invasion to glam rock. His first music making experiences began with the piano at age 7. In high school he started studying jazz and focused on trombone. Through his college years and after he freelanced as a trombone player in and around NYC and San Francisco. Shortly after college he began doing more and more studio work as an engineer and producer in the Bay Area eventually moving to Los Angeles a few years later to further his career as a songwriter/producer, launching busbee Inc. busbee has had the pleasure of working with a wide range of artists including Mercury, Timbaland, Katy Perry, Rascal Flatts, Lady Antebellum, Alexandra Burke, Flo Rida, The Jonas Brothers, Toni Braxton, Backstreet Boys, Tata Young, Better Than Ezra, Shifty (Crazy Town), Liz Phair, Switchfoot, Ashlyne Huff, Westlife, Elliott Yamin, Smash Mouth, Katherine McPhee, Danny Gokey, Project 86, Mitchell Musso, Glen Phillips, My Favorite Highway, Rosie Thomas, Vedera, Phil Stacey,  Jaymes Reunion, Victoria Beckham and Mel C. He has also had many songs used in film, TV and commercials including the song ‘Promise Ring’ which was featured in the Mandy Moore movie How To Deal and the song ‘Let It Out’ which is in the film Bonneville. Moreover, busbee has recorded two albums as a solo artist and one EP with his band GoNorthToGoSouth. These songs have also been used extensively in film and television.

Watch/Hear Bombs Over Nowhere below: 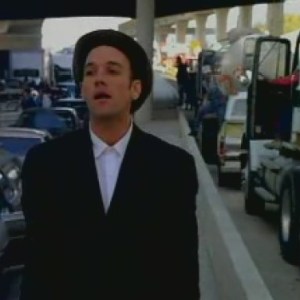